September 13, 2013 |   By a Falun Gong practitioner in Sichuan Province, China

(Minghui.org) Colorful butterflies; cute beetles; adorable puppies and kittens; eye-pleasing apples, bananas, and grapes; and cartoon images decorate beaded handbags and backpacks for teenage girls and ladies. But how many people know the sad story behind these beautiful products? 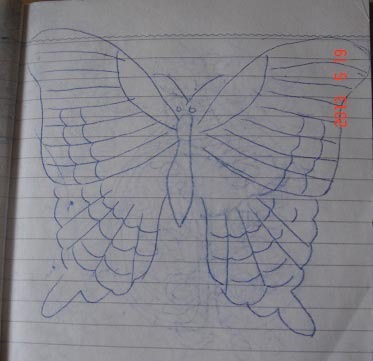 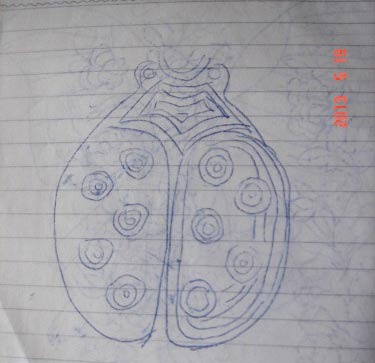 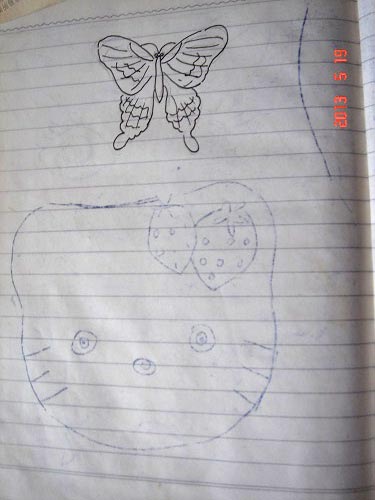 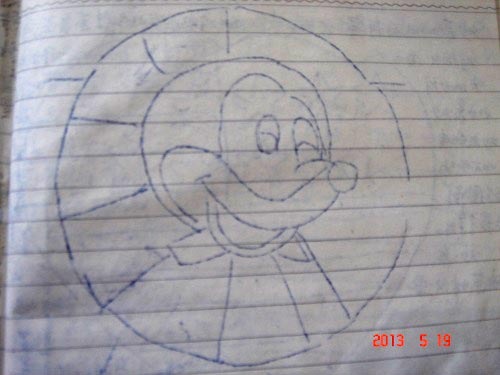 For practicing Falun Gong, the communist regime sentenced me to Sichuan Province Women’s Prison in Yangmahe Town, Jianyang City. The above images are copies of designs we used to make beaded bags in prison. I secretly traced the patterns on carbon paper while making the products. According to a technician sent by a manufacturer to assist production and quality inspection, these bags were for export only.

No one knows for sure what percentage of the made-in-China merchandise is produced by slave laborers in prisons. While incarcerated, I worked on a number of jobs: inserting real hair into a rubber scalp; making shoe heels; making paper boxes for moon cakes, and making envelopes. We were forced to work extended hours for days without a break. One inmate was so tired that she pierced her finger with the sewing machine needle. These jobs usually had a deadline, so we were forced to work day and night. Those who were old or weak were ordered to do simple jobs such as knitting, making embroidered insoles, and making fireworks.

After my earlier arrest at the end of 1999 in Chengdu City, I was sent to Ningxia Street Detention Center. I shared a cell with about 40 people and it was so packed that we could only sleep on our sides like sardines. People had to sleep next to the toilet and under the bed. The place was filthy and humid. Even in such a dirty place, we were forced to make dry tofu bundles with toothpicks and sausages for hot pot. We made candies, assembled medical syringes, and made plastic bags for chemical fertilizer.

We worked long hours. The plastic bags were very dirty and smelled awful. The workplace was dusty and the chemical dust made it hard to breathe and caused rashes on the skin.