The warmly received Falun Gong entry was one of 110 entries in this year's parade. The crowd appeared delighted by the beautifully decorated Fa-boat float, graceful lotus dance, colorful Flag Troupe and Tang Drum Troupe. All along the parade route the practitioners were enthusiastically greeted with cheers and applause. 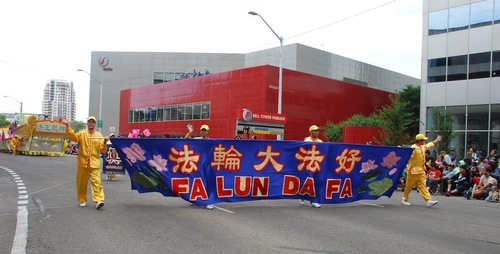 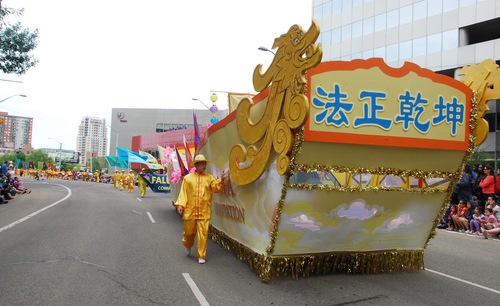 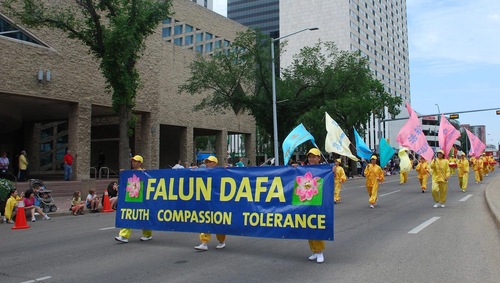 The Falun Gong entry participates in K-Days Parade in Edmonton

Before the parade even began, the Falun Gong contingent caught the attention of a reporter from the city's television station. She invited practitioners to give an interview, and made 2-minute and 40-second live streaming morning news reports. 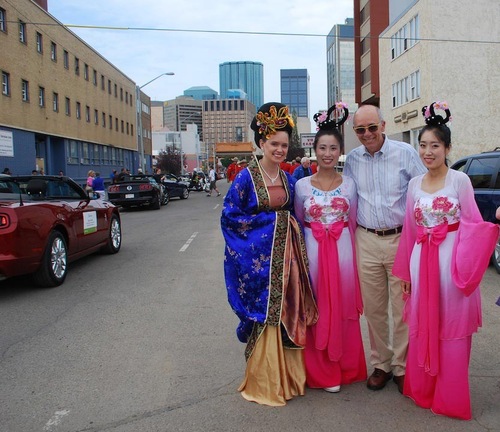 Prior to the parade, Edmonton Mayor Stephen Mandel has a photo taken with “celestial maidens” from the Falun Gong entry

Ms. Jiang who recently immigrated to Canada from China was among the spectators watching the parade along with her mother and child. “I'm so glad to see Chinese culture outside of China!” she said as the Falun Gong entry passed by.

“Terrific! It's hard to connect them with the propaganda [against them] in China,” said Ms. Chen who is also a Chinese immigrant.