Introducing Falun Dafa at the Military and Sports Forum in Moscow, Russia (Photos)

(Minghui.org) The 9 th Military and Sports Forum, 'Ready for Labour and Defense,' was held in Moscow, Russia, on May 30-June 2, 2013. The event took place in Red Square, right next to the Kremlin, the seat of the Russian government.

More than 70 groups took part in the occasion, including the Moscow Falun Dafa Association. The event promoted healthy living and an active lifestyle. 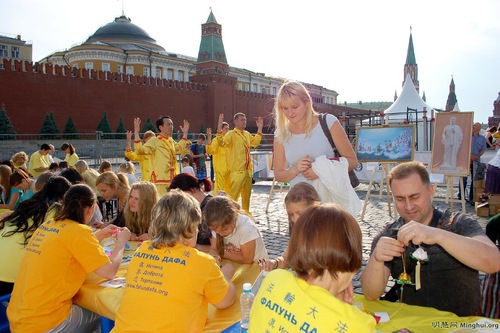 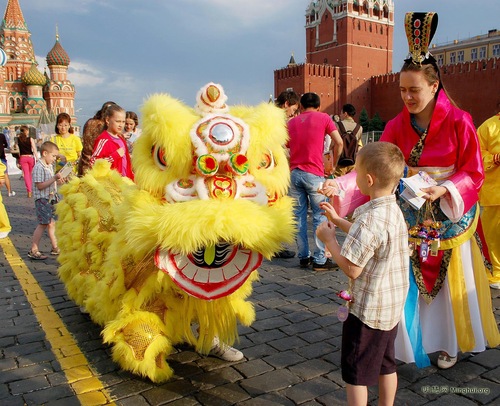 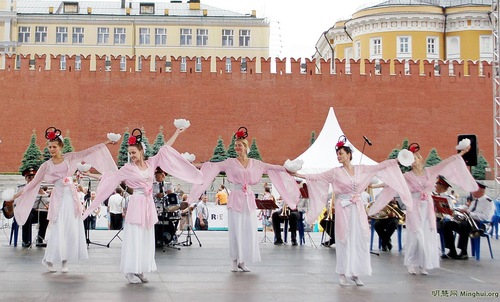 Many people were shocked and outraged when they found out that Falun Dafa is being persecuted in China by the Chinese Communist Party.