(Minghui.org) Two book signings for “State Organs: Transplant Abuse in China” were held in British Columbia, Canada, on June 4, 2013, to raise awareness about the state-sanctioned killing of Falun Gong practitioners for their organs in China.

Canadian human rights lawyer David Matas, co-editor of “State Organs,” spoke at both events, one of which was held at the University of Victoria and the other at the main downtown library in the city of Victoria. The downtown launch also included a screening of the documentary “Free China: The Courage to Believe.” 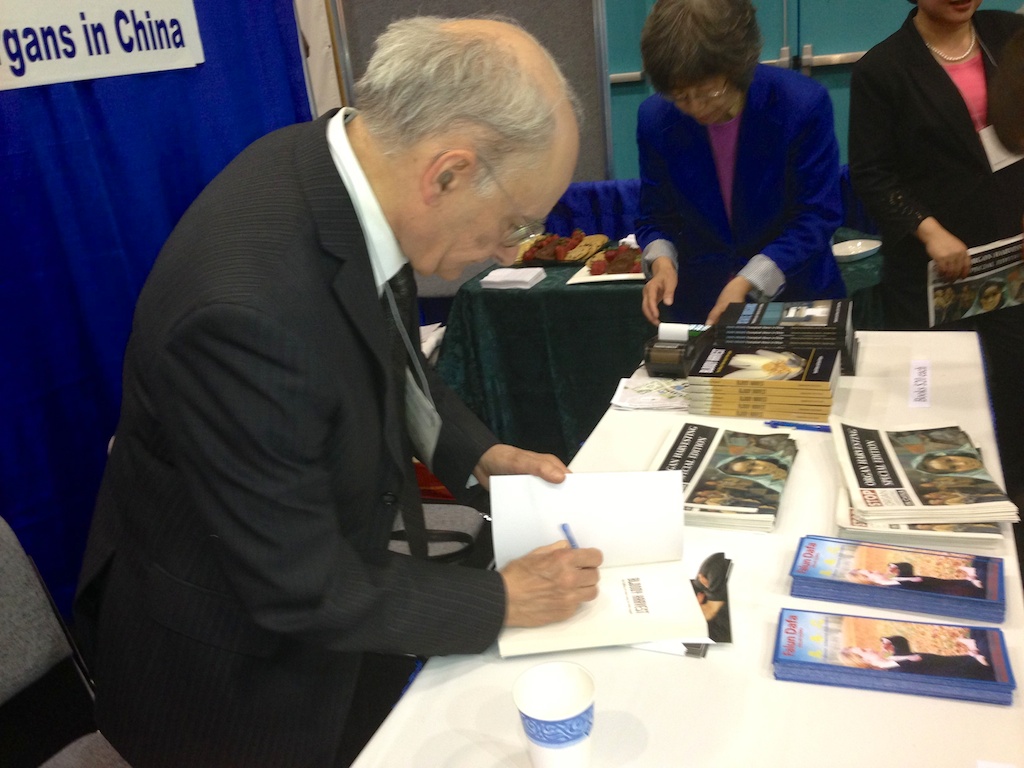 David Matas autographs his book “State Organs: Transplant Abuse in China” at a book launch at the University of Victoria in British Columbia, Canada. 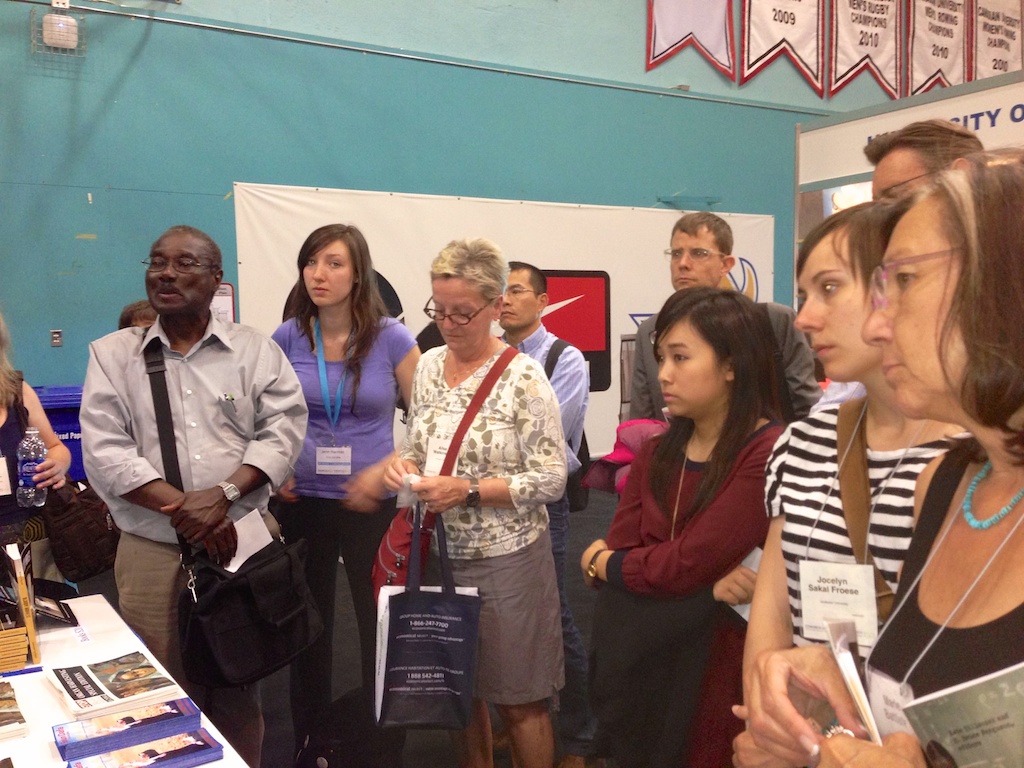 People listen to David Matas speak about China’s state-sanctioned harvesting of organs from Falun Gong practitioners at a book launch at the University of Victoria.

Victoria and Vancouver Falun Gong practitioners also set up a booth at a four-day, Canada-wide conference held at the university to inform people about the ongoing persecution of Falun Gong in China. Mr. Matas spoke at the conference.

Practitioners gave out hundreds of flyers and DVDs exposing the Chinese regime's crimes of forced organ harvesting from incarcerated Falun Gong prisoners of conscience. More than 100 people signed a petition calling for an end to the persecution of Falun Gong practitioners in China.

Although some people were already aware of the organ harvesting issue from previous events and media reports, many were not, and were horrified. Several people thanked practitioners for making the effort to let people know about these heinous crimes against humanity.