(Minghui.org) Global condemnation of forced organ harvesting in China is on the rise, and the international community has paid considerable attention to the state-sanctioned organ harvesting from Falun Gong practitioners in China. Lawmakers around the world have been pushing forward the effort to stop this heinous practice. 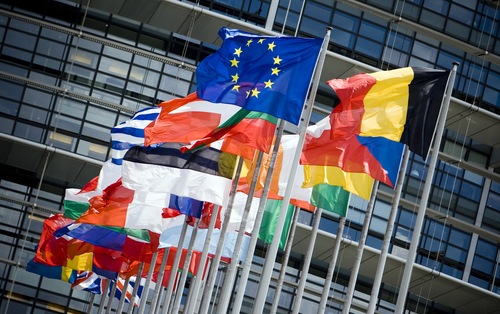 The European Parliament took a significant step in that direction on Thursday, December 12.

The parliament, which met in in Strasbourg, France, passed a resolution “expressing deep concern” over “credible reports of systematic, state-sanctioned organ harvesting from non-consenting prisoners of conscience” on Thursday afternoon.

Call for a Transparent Investigation

The resolution calls on the EU and its member states to publicly condemn organ transplant abuses in the People’s Republic of China (PRC), and to raise awareness among citizens traveling to the PRC about the issue. It also calls upon the EU to conduct a full and transparent investigation into organ transplant practices in the PRC.

The parliament made it a point to state that China's plan to phase out harvesting organs from prisoners “only by 2015” is not acceptable and calls upon China “to immediately end the practice of organ harvesting from prisoners of conscience and members of religious and ethnic minority groups.”

The resolution also “demands an immediate end to the 14-year persecution of the Falun Gong spiritual practice by the Communist Party of China, and the immediate release of all Falun Gong practitioners and other prisoners of conscience.”

Mr. Tunne Kelam, a senior Member of the European Parliament (MEP), said of the resolution, “It was long overdue, we should have done this earlier, but I think we have learned very much during this process of support. Now we are much more clear about what is going on in China, and much more determined to continue our support and express our solidarity to our Chinese friends.” 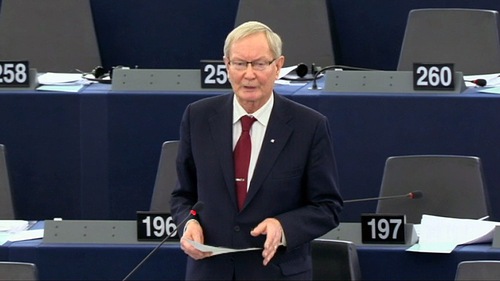 MEP Tunne Kelam said during the debate that China had already developed a huge unethical organ black market. This has alarmed doctors outside of China. (Photo courtesy of European Parliament)

"Must Be Ended Immediately"

Ms. Kristiina Ojuland, a MEP from Estonia, said that “the practice [of organ harvesting] must be ended immediately. The least the EU can do to stop it is to condemn publicly all the transplantation abuse in China and to inform all those European citizens who travel to China for organ transplants that the organ source for their operation might be an executed prisoner." 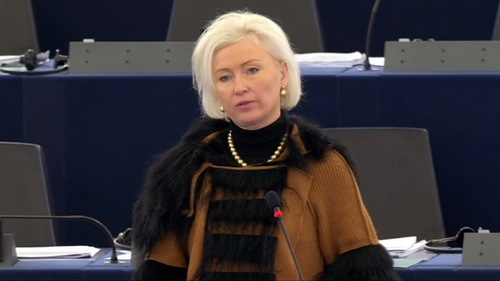 MEP Kristiina Ojuland said that “the practice [of organ harvesting] must be ended immediately.” (Photo courtesy of European Parliament)

Passing the resolution echoes the petition submitted on International Human Rights Day by the organization DAFOH (Doctors Against Forced Organ Harvesting) to the office of the U.N. High Commissioner for Human Rights, which called for “An immediate end to forced organ harvesting from Falun Gong practitioners in China.” Almost 1.5 million people from over 50 countries on 4 continents signed the petition.

In Canada, Liberal MP Irwin Cotler introduced a new legislation on December 6. According to his statement, “This legislation, if adopted, would create penal sanctions for persons who in Canada or outside Canada are knowingly involved in the medical transplant of human organs or other body parts obtained or acquired as a consequence of a direct or indirect financial transaction, or without the donor's consent.

"Beyond new criminal sanctions, it would also amend the Immigration and Refugee Protection Act to prevent entry into Canada of those who would engage in or otherwise facilitate such practices.”

US Resolution to End Illegal Organ Harvesting Moving Toward a Vote

US Congresswoman Ileana Ros-Lehtinen and Congressman Robert Andrews jointly initiated a resolution in June, calling on the Government of the People's Republic of China to immediately end the practice of organ harvesting from all prisoners. It also demands an end to the persecution of Falun Gong and the release of all jailed practitioners and other prisoners of conscience.

Over 160 congressmen, more than a third of the House, have already co-sponsored the resolution before it reaches the floor for a vote. The almost equal number of Democratic and Republican co-sponsors highlights the bipartisan support for Falun Gong practitioners.