(Minghui.org) The Eleventh Falun Dafa Experience Sharing Conference in Israel was held amidst a festive atmosphere on September 28, 2013. Dafa disciples came to the conference from as far away as Kiev in Ukraine, Riga in Latvia, Moscow and Pyatigorsk in Russia.

The disciple who decorated the stage for the conference said, “Designing the stage is a great privilege for me. It is a wonderful opportunity to allow a cultivator’s daily efforts, whether in truth clarification or personal cultivation, to shine and celebrate the Fa.

"I would like to render the most distinguished atmosphere, royal, yet amazingly humble, just as I feel towards the Fa. When I see the well-groomed men wearing suits and the ladies dressed in such good taste and beauty, my heart fills with joy.”

Thirteen practitioners described their personal experiences with prepared speeches on stage, touching upon many areas of life and cultivation. The talks were characterized by the determination of Dafa cultivators in overcoming hardships and saving sentient beings. 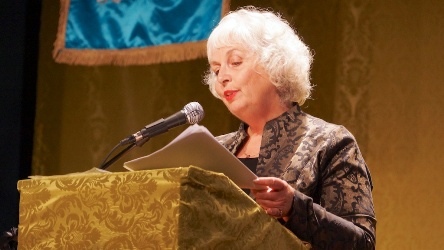 One disciple shared how after some years in cultivation, acute symptoms of sickness she used to have in the past reappeared, and how unrighteous thoughts led her to accept the situation as sickness, until she reached a turning point in which she realized that she was wrong. During the process, she also realized that due to her own shortcomings she didn’t share open-heartedly with fellow practitioners about her situation, and therefore the duration of her suffering was prolonged. During the process of writing about her experience, she discovered that she had also treated the situation as a problem in personal cultivation, instead of realizing that the whole “sickness” was in fact just interference designed to impede her from clarifying the truth and saving sentient beings.

One Dafa disciple shared her experience of how she became lax and attached to comfort during her years of cultivation without noticing it, until she realized that she should spend more time with cultivators in order to advance. She began attending a Fa study group. 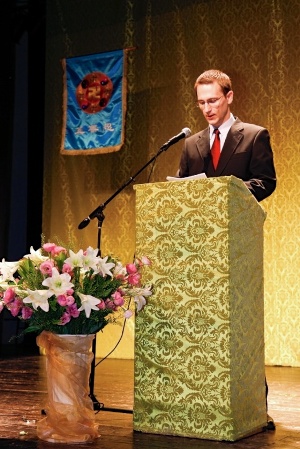 Another practitioner shared how he clarified the facts about forced organ harvesting from Falun Gong practitioners in China with various religious leaders, public figures, and the media.

Another Dafa disciple shared how after receiving criticism about the experience sharing which he wrote for the conference, he decided to examine his sharing from a different perspective. Because he was willing to accept the criticism and to observe his sharing from a non-personal perspective, he was able to find his own shortcomings. Thus, he agreed to let go of very stubborn notions which he was unable to let go of in the past. Other disciples who spoke at the conference emphasized that many understandings they experienced and their improvement came during the process of writing about their experiences.

A few disciples who work at Dafa media outlets shared about their determination in walking their paths with faith in the Fa and joining the media project as full-time employees, even before having the certainty of receiving a salary. They also shared about the breakthrough the publication achieved at its most difficult hour of crisis. A practitioner who works in another media project shared about her determination in personal cultivation and in her job. These experiences show that the determination of cultivators is able to overcome hardships that seem impossible to overcome.

A Dafa disciple who attended the conference shared his experience, “Listening to the experiences I felt I was being cleansed, and that my realm of thought was broadening. With each experience I could see the path the cultivator went through, the awakening, the determination, the willpower, and faith. I felt that it was magnificent, marvelous, and awesome. At the same time, I was able to compare and find my own shortcomings. There was a field of positive energetic force that bestowed me with more willpower, determination, and faith, and the will to cultivate better and faster.”

As part of the conference two additional events were held, simultaneously, in several major cities in Israel. The first was collecting signatures on an international petition from Doctors against Forced Organ Harvesting (DAFOH).

The second event was held the day before the conference. After group Fa study, a special activity was held which enabled practitioners to get to know each other better and learn from one another's experiences in cultivation. 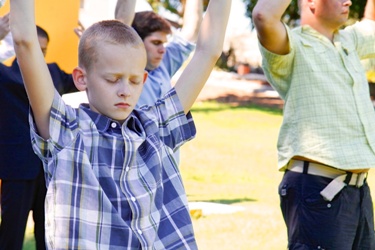 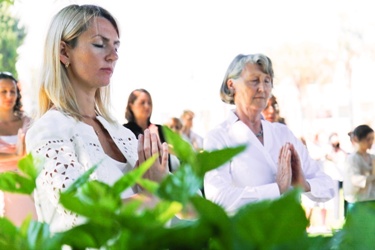