Ms. Chen Shufen from Gansu Province Once Again Detained after Twice Being Subjected to Forced Labor

(Minghui.org) Ms. Chen Shufen is a wholesaler from Longxi County, Gansu Province. On July 7, 2012, the police picked her up at work and put her in Longxi Detention Center that night. Mrs. Chen had previously been sent to forced labor camps twice for practicing Falun Gong. She was tortured and forced to do slave labor. The following is her personal account. 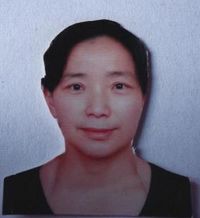 Hung up three times during one year of forced labor

In December 2000, I went to Beijing to appeal for Falun Gong, but the Beijing police took me to the Shijingshan Detention Center. Seventeen days later, they transferred me to Longxi Detention Center, and sentenced me to one year of forced labor.

I was forced to pack disposable chopsticks at the Second Women's Labor Camp in Gansu Province. The solution had a strong odor and was so toxic that it could turn all of one's hair yellow. I couldn't keep my eyes open and sometimes could not breathe. In these hazardous working conditions, people passed out.

I was tortured by being hung up three times. In May 2001, the section chief, Tian Li, forced Falun Gong practitioners to see a photo exhibit that slandered Falun Gong. As soon as I said, “This is not true. We practice the Buddha Fa,” team leaders Bu Qi and Duan Ling sealed my mouth with tape and beat me with police batons. Then they handcuffed me and hung me on a bunk bed for seven days and nights.

In July 2001, after fellow practitioners and I did the exercises, team leader Wang Yonghong punched me in the face until it was covered with blood, and then handcuffed me and hung me up for five days and nights.

On September 9, 2001, because we did the exercises again, more than 20 practitioners were handcuffed and hung up for more than ten days and nights, including those in their 70s who had physical disabilities. I carried out a hunger strike to protest this persecution.

The guards instigated inmates to drug practitioners' food, beat and humiliate practitioners, restrict our bathroom use, and to forbid us from talking.

On April 29, 2002, I was in Lanzhou City to replenish stock. On my way back, I was seized by several unidentified persons at the Lanzhou Railway Station. They stuffed another practitioner and me into a black car and covered our heads with black pants and black plastic bags. They took us to a place that we later learned was the Lanzhou Police Department, where my cell phone and handbag were confiscated. Three hours later, they moved us to the Dingxi Grain Bureau Hostel and forced us to stand the entire night. The next day, they transferred us to a hotel where several guards took turns watching me. They handcuffed me and didn't allow me to move or close my eyes. One of the guards took me to a dark room with newspaper-covered windows to try to intimidate me and force a confession out of me.

On the night of May 4, 2002, the police took me to Longxi Detention Center again. The next day, police officer Lu Dechang from Longxi Domestic Security Division grabbed my hair, trying to force me to sign something in the reception room. I refused. He and Song Jianhua handcuffed me and took me to the second floor of the Longxi Police Department office building. Song Jianhua punched my face and knocked me over, injuring my nose.

On June 20, they forced me to sign a criminal verdict that read, “Due to unclear facts and insufficient evidence, no arrest was made. Subject was released on May 25.” But instead of releasing me, they moved me to the detention center and didn't issue a release certificate until September 11, 2002.

On December 25, 2002, I was once again arrested. This time I sent to Gansu Women's Forced Labor Camp for two years. Two inmates watched me, day in and day out, and I was often forced to watch TV and books that slandered Falun Gong. On top of sleep deprivation, I was forced to do slave labor, including carrying rocks, carrying dirt, shelling soybeans, peeling garlic, and weaving nets.