US Congressman Wally Herger: We Should Boldly Expose and Condemn the CCP's Persecution of Falun Gong in China 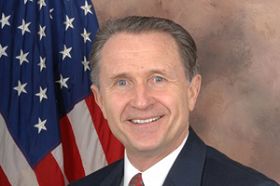 As a strong proponent of religious freedom, I write to express solidarity with Falun Gong practitioners on the occasion of your public rally in our nation’s capital. I commend you for initiating this rally to draw attention to faith-based maltreatment and discrimination in China.

Like you, I am committed to fighting religious persecution around the world. As chronicled by the Department of State’s 2010 Report on International Religious Freedom, practicing Falun Gong is banned in China and its adherents have been housed in mental institutions and are oftentimes subject to physical and mental coercion to deny their faith. These human rights violations are repulsive, and I believe the United States and other freedom-loving countries should boldly expose and condemn them.

The United States has consistently stood with people around the world who are oppressed because of their religious faith, including Falun Gong practitioners in China. In 2010, I joined fellow members of the House of Representatives in passing a resolution calling upon the Chinese government to cease its campaign against Falun Gong adherents and release those held in prisons and labor camps. Over time, I believe such firm statements by Congress can build pressure on China and other offending countries to change their course of action and fully protect the free exercise of religion.

I wish you all the best as you rally in our capital, and I will continue to do all I can as a Member of Congress to promote international religious freedom in China and beyond. 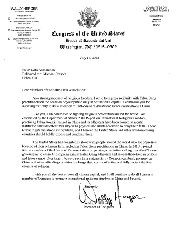