(Minghui.org) On July 29, Falun Gong practitioners from Sydney held an event in Ashfield, where many Chinese people live, to clarify the truth about the persecution in China. Practitioners set up display boards and banners, and passed out materials. One Westerner said to practitioners: “Welcome to Ashfield.” 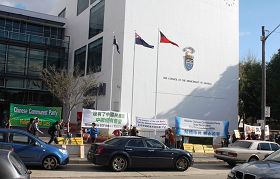 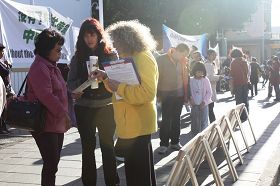 Speaking with the public 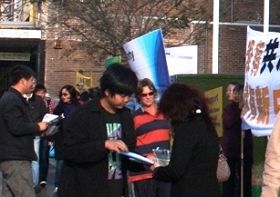 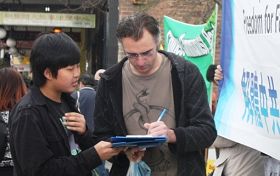 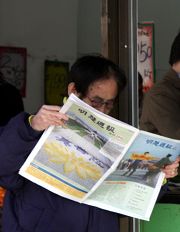 Reading the news of the persecution 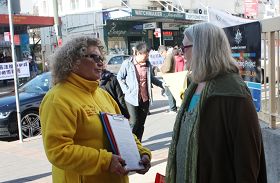 Many locals expressed their support to Falun Gong practitioners. Mr. Cao, a practitioner, said: “Several Chinese people passed by. They had misunderstandings of Falun Gong. We talked for a long time. They learned the truth, and changed their minds. A Chinese couple also quit the Communist Party.”

Merry, another practitioner, told the reporter: “Many Chinese people agree with us that the Chinese Communist Party (CCP) is not China. Several Chinese told us that they even hate the CCP and support Falun Gong. They encouraged us to keep up the good work. One Chinese asked us to come to Ashfield more often, so that they can learn more.” 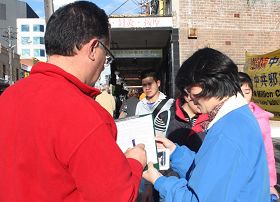 Merry said that many Westerners signed the petition. She collected 50 signatures in two hours. 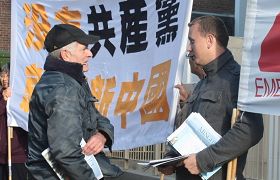 Mark, a practitioner, talks to John, a local citizen.

John, a local citizen, stopped to talk to Mark, a practitioner. John said that if Falun Gong practitioners ran a political campaign, he would vote for them, because he likes this peaceful cultivation group. John said that Falun Gong is a symbol of peace, and should be supported by politicians. He asked for contact information, as he wanted to know more about Falun Gong in the future.