Bringing the splendor of traditional Chinese culture to Nashville, Tennessee, Shen Yun Performing Arts put on two shows at the Tennessee Performing Arts Center on February 25 and 26, 2012. Showcasing the rich history, diversity and beauty of 5,000 years of civilization, the renowned classical Chinese dance and music company delighted the audiences with its breathtaking production, as well as its inspirational theme. 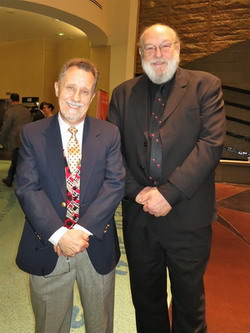 Musician Jamie Nichol noted the “beautiful spirit” of the performance on Saturday night. “I really liked the diversity of the culture, the way it was presented. And the audience clearly loved it, too,” he said after the show, according to The Epoch Times.

His friend Lanny Glick, an artist, called the show “visually stunning,” adding that “the dances are exquisite, and the music is fascinating."

“It’s just beautiful,” enthused Mr. Nichol of the music performed by the Shen Yun Orchestra, which combines Western philharmonic sound with Chinese instrumental solos in all-original compositions created specifically for each dance. He also lauded the tenor and soprano soloists featured in the performance. 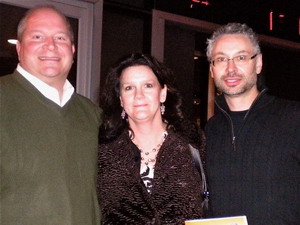 “The music kind of touched a real special place in my heart,” echoed Greg Alberides, an insurance claims representative who took in the Saturday show with his wife and his colleague. He was touched “to the soul” by the sopranos, he said, noting the profound expressiveness in their vocals: “Absolutely! I mean, you could see it in their expressions and certainly the way they sang it.”

Mr. Alberides’ colleague Michael Gianquitto was also impressed with the performance. “It was stunning... The dancing, the choreography, the music, the costumes—everything was gorgeous,” he said, according to The Epoch Times.

Mr. Alberides agreed: “I thought it was amazing—the sounds, the lights. I was trying to use my peripheral vision to take everything in.”

Realtor: “It was very moving!” 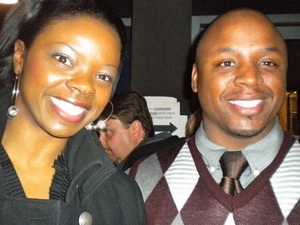 Erica and Lajuan Stoxstill-Diggs (Courtesy of The Epoch Times)

Realtor Lajuan Stoxstill-Diggs was also deeply touched by the performance. “It was very moving!” he exclaimed, especially impressed by the harmony and the unity of the Shen Yun dancers.

His wife, Erica Stoxstill-Diggs, shared the sentiment. “I thought it was amazing how they moved [with] such grace and synchronization. They didn’t miss a beat. It was great,” she said.

“The culture, and the colors, and the music—everything—it just came together. It was very interesting,” summed up Mr. Stoxstill-Diggs.