Mr. Ge Xinzhong Died in 2005 as a Result of Brutal Forced-feeding in Detention

October 21, 2012 |   By a Minghui correspondent from Hebei Province, China

(Minghui.org) Falun Gong practitioner Mr. Ge Xinzhong was a resident of Beilianggang Village, Jiehedian Township, Yongnian County, Handan City, Hebei Province. He was a retiree from the Handan Steel Factory. In March 2005, the police from the Yongnian Police Department arrested him because he had fellow practitioner Mr. Cheng Fengxiang, staying at his home. During his detention, Mr. Ge was brutally force-fed until he bled to death as a result of internal injuries. He was 65 years old. 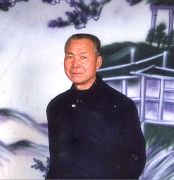 Before Mr. Ge practiced Falun Gong, he was diagnosed with esophageal cancer and skin cancer. In 1997, he began to practice Falun Gong. Shortly afterward, his cancer disappeared and he regained his good health. He was happy and acted liked a 40-year-old with good reflexes. He often helped others, and people who experienced hardship liked to come to him for help. In the winter, he helped his neighbours shovel snow. He followed the principles of Truthfulness-Compassion-Forbearance and all of his fellow villagers regarded him as a righteous and kind person.

Practitioner Mr. Cheng Fengxiang was arrested for inserting Falun Gong truth-clarification programs into cable TV programming. After he escaped from the Handan Forced Labor Camp, Mr. Ge had him stay at his home. On March 2, 2005, the police from the Yongnian County Police Department, including Chen Jushan, Yang Qingshe and Hu Junan, and officers from the Jiehedian Police Station, including director Cui Weiguo, officers Dong Biao, Shi Longshen and Sun Yujie, totalling more than 50 police officers, came to Mr. Ge's home and arrested him and his wife. They also confiscated many of their personal belongings.

The police from the 5th Crime Division brutally tortured Mr. Ge. He was beaten badly and was deprived of sleep for more than five days. After he was transferred to the Yongnian County Detention Center, he went on a hunger strike to protest the inhumane torture. He was brutally force-fed. Several people held down his head and limbs, then inserted a feeding tube through his nose and down into his stomach. After a few days of forced-feeding, blood gushed out of his mouth, spewing all over the detention center director Hao Yuming. Mr. Ge died on March 24, 2005, 22 days after his arrest.

To avoid responsibility for Mr. Ge's death, the police made up the lie that Mr. Ge passed away on his way to the hospital, even though the hospital is only a few minutes away from the detention center. The police did not show his family any medical records, and cremated his body quickly before an autopsy could be performed.