January 27, 2012 |   By a Clearwisdom correspondent in Hebei Province, China

(Clearwisdom.net) A severe sexual assault of a Falun Gong practitioner occurred between 6:00 p..m and 9:00 p.m. on December 30, 2011 at the Handan City Forced Labor Camp in Hebei Province. The camp officials are now attempting to keep the incident from being exposed.

The victim, Mr. Wang Gang, 30 years old, is from Dongwangkan Village in Yijing Town, Handan City. Officers from the Yijing Police Station arrested him on June 26, 2011, and sent him to the Handan Labor Camp on July 20. Guard Xing Yansheng forced him to write statements to give up his practice. Mr. Wang was unable to sleep at night since then and often talked to himself. Under instruction from the guards, inmates often bullied and beat him. The guards handcuffed Mr. Wang to heating pipes three times.

Other Falun Gong practitioners were brutally treated at the Handan Labor Camp. As a result, many were physically and emotionally traumatized, some became disabled, and some even died. Below are several cases of abuse that resulted in death.

Mr. Ren Mengjun, 56 years old, was from Dongfeng Village in Shahe City, Hebei Province. He went to Beijing in January 2001 to appeal for justice for Falun Gong and was beaten to death on October 29, 2001.

Mr. Wang Shujun, 36 years old, was from Wangpengliu Village in Linlibao Town, Cheng'an County, Hebei Province. Agents from the Handan 610 Office and from the Chengan County Police Department arrested him at home in April 2004 and sent him to the Handan Labor Camp. After more than one month at the labor camp, Mr. Wang's life was in danger. Camp officials released him. Mr. Wang died on June 20, 2004.

Mr. Hao Wenmin, 44 years old, was from Lianghexia Village in Suburban Town of Wei County, Handan City. Wei County Police Department officials sent him to the Handan Labor Camp in May 2002. Guards deprived him of sleep for three consecutive months in addition to physical abuse including beatings and electric shocks. On one occasion, Mr. Hao was close to death and was sent to a hospital. After his release in April 2004 his condition deteriorated due to the long-term torture and abuse he experienced. In September 2005, Mr. Hao was diagnosed with anemia, kidney ulcers, and a severely damaged liver, intestines, stomach and bladder. He died on October 15, 2005.

Mr. Song Xingguo, 29 years old, was from Zhulikou Village in Tengzhuang Town, Huanghua City, Hebei Province. Police arrested him at home in November 2001 and detained him at Shijiazhuan Labor Camp for two years. During that time, he went on a hunger strike to protest. Officials transferred Mr. Song from the Shijiazhuang Labor Camp to the Handan City Labor Camp where they unlawfully accepted him even though he was in critical condition. He died at the labor camp in early November 2002, eleven days after arriving. He was 29 years old. 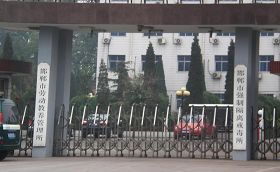