August 31, 2011 |   By a Clearwisdom correspondent from Hubei Province, China

(Clearwisdom.net) Ms. Guo Min began cultivating Falun Dafa in 1996, and benefitted both in mind and body. In March 2000, the persecution escalated, but she did not want to give up her faith even though she was under huge pressure from her family, employer, and the community. She went to a relative's home in Hangzhou City, Zhejiang Province for a break. The police searched her bag at the Hangzhou Train Station, found a Falun Dafa book, and arrested her. After more than 20 days, the Xishui County Tax Bureau sent the union chairman, Tang Yuanhong, to Hangzhou, to pick up Ms. Guo, and take her directly to the Kangtai Mental Hospital in Huanggang City, Hubei Province.

Two years later, Tang Yuanghong and her sister Tang Yuanming, a tax bureau director, transferred Ms. Guo to the Xishui Red Cross Mental Hospital, and locked her up there for more than eight years. Due to being forced to take nerve damaging drugs for a long period of time, Ms. Guo stopped menstruating, and her stomach was bloated like she was nine months pregnant. She endured physical and mental tortures. She had been hemorrhaging since July 2010, and the doctor found that she was in the late stages of uterine cancer.

If she would have been released, and persisted in studying the Fa and doing the Falun Gong exercises, we believe she would have recovered quickly. Under 610 Office pressure, however, her family and employer dared not try to get her released. Their minds were poisoned by the CCP brainwashing. In the past 11 years, this lady spent the best years of her life in mental hospitals. Even after she was diagnosed with cancer, people still saw that she had a clear mind, with no mental illness symptoms. She was locked up together with mental patients, with no proper treatment, and no one would even get her a cup of water, or even enter her cell. Finally, suffering from the pain of the cancer, she would roll down from her bed with no strength to get up. She was incontinent, and no one cared for her until she died. 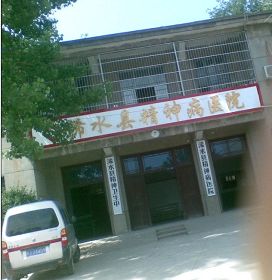