August 27, 2011 |   By a Clearwisdom correspondent in Liaoning Province

(Clearwisdom.net) Falun Gong practitioner Ms. Liu Zhi was arrested by six police officers in the lobby of her apartment building on July 12, 2011. She was then imprisoned in Liaoning Province Women’s Prison in Shenyang. Her family was not allowed to visit her. A year ago, she was arrested and taken to the Shenyang Municipal Detention Center and Liaoning Province Women’s Prison, where she almost died due to torture, including being tied to a death bed and being injected with unknown drugs. 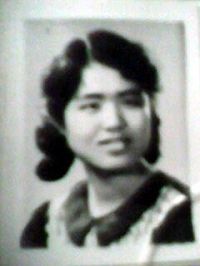 Ms. Liu has practiced Falun Dafa for 16 years. Before that, she had a tough life. Her husband died in a work-related accident when their daughter was 18 months old. She raised the child on her own and developed more than ten illnesses, including heart disease, hypertension, and asthma. Her in-laws severed relations with her due to a disagreement with her husband’s compensation. They did not see her for more than 12 years afterwards. After Ms. Liu began to practice Falun Dafa in 1995, she started living by the principles of Truthfulness-Benevolence-Forbearance, looking within when having conflicts with others, and thinking for others. Not only were all of her illnesses healed, but the conflicts with her in-laws were also resolved. She frequently took care of her sick sister and brother and cleaned the public area in her building. People said that she had changed into a different person with good health and a kind heart.

After the Chinese Communist Party (CCP) started persecuting Falun Gong in July 1999, Ms. Liu began to tell people the facts about Falun Gong. She was frequently harassed by CCP authorities.

Around 11:00 a.m. on July 12, 2011, six police officers went to Ms. Liu’s apartment building and ordered her to go with them for a medical exam. Four of them grabbed her arms and legs and shoved her under a seat in a minivan. She was squeezed so tightly that her face turned pale and she could hardly breathe. People present asked why the police were doing this. The police replied that she was sick and then drove off. This was the third time that Ms. Liu was arrested.

Before this arrest, the police went to harass Ms. Liu many times under the pretense of “chatting” or a “medical checkup.” They also talked to her second-oldest brother, who was not a practitioner, many times. They threatened him and went to his company to create trouble for him since he was the “guarantor” for Ms. Liu’s medical leave from prison. He was scared to go to work or return home.

After Ms. Liu was arrested, her 70-year-old sister and her husband, along with Ms. Liu’s daughter who had just graduated from college, brought clothes for her to the Shenyang Municipal Detention Center. But they were told that Ms. Liu had already been taken to prison. When they got to the Liaoning Province Women’s Prison, the officer on duty said that she was not there. Later, a section chief came out and told them rudely, “Can’t find that person.” They persisted, however, and the police finally admitted at the end that Ms. Liu was imprisoned there. A few days later, her family went to the prison again to try to see her but their request was turned down.

Ms. Liu's was then arrested on October 22, 2009. Officers from the Xinxing Police Station, Heping District, Shenyang, broke into her home and arrested her. At the Shenyang Municipal Detention Center, she protested her treatment and shouted, “Falun Dafa is good!” They then cuffed her to a death bed for more than 40 days. They wouldn’t release her even when she needed to go to the bathroom. They also injected her with unknown drugs.

Later, the local 610 Office, police department, Procuratorate, and the court in Shenyang collaborated to put Ms. Liu on trial. Heping District Court rejected her two Beijing attorneys' not guilty plea and sentenced her to four years in prison. When she was taken to Liaoning Province Women’s Prison to serve the sentence, she was already in critical condition as the result of torture. She had been unconscious for several days. The police again injected her with unknown drugs while the prison doctors examined her. The prison later refused to accept her because she failed the physical. Seeing that she was dying, the Shenyang Municipal Detention Center and Heping District Court rushed to issue a medical treatment document in an attempt to avoid further responsibility and urged Ms. Liu’s family to pick her up. On July 5, 2010, Ms. Liu was taken home.

Individuals who participated in the arrest and persecution of Ms. Liu Zhi: