Paris: Raising Awareness about the Persecution in Front of the Eiffel Tower (Photos)

(Clearwisdom.net) Falun Gong practitioners from France and neighboring countries gathered on August 21, 2011 at Champ de Mars in front of the Eiffel Tower in Paris. They exposed the persecution of Falun Gong by the Chinese Communist Party (CCP), and informed people about the huge change taking place in China, that is, more than 100 million Chinese people have announced their withdrawals from the CCP and its affiliated organizations. The CCP is on its way out. 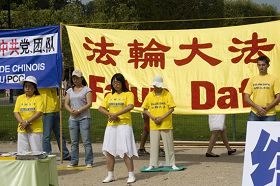 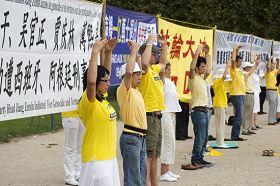 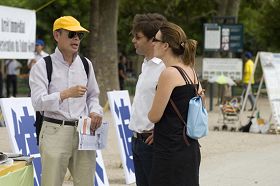 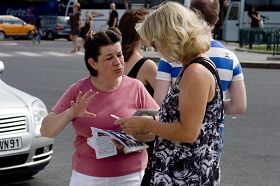 A woman learns about Falun Gong and the persecution 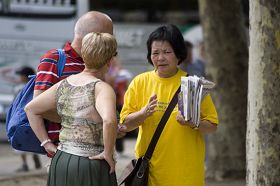 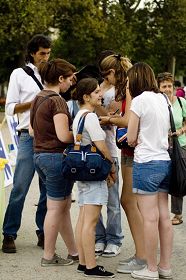 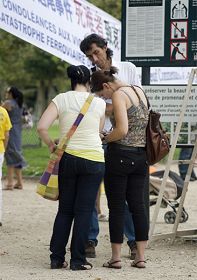 Following a large scale march held in Paris' Chinatown on August 20 to commemorate the 100 million withdrawals from the CCP, practitioners continued their efforts to raise awareness the next day beside the Eiffel Tower. Many Chinese tourists learned about the persecution of Falun Gong and the quit the CCP movement, and declared their withdrawals from CCP organizations. Many people signed the petition to support practitioners' efforts to stop the persecution.