The Sufferings of Retired Official Mr. Fu Zhongxing Before His Death (Photos)

(Clearwisdom.net) Mr. Fu Zhongxing, a retired cadre, lived in Erlu Village, Sikou Township, Hekou District of Dongying City, Shendong Province. He started to practice Falun Gong in November 1995. After the CCP started the persecution of Falun Gong on July 20, 1999, Mr. Fu and his family members were mistreated and harassed. Mr. Fu passed away on June 25, 2001, at the age of 76. 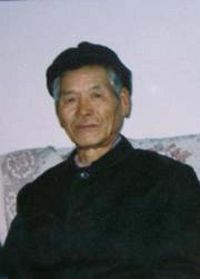 The story of how Mr. Fu Zhongxing came to learn Falun Dafa is quite dramatic. One night in November 1995, his oldest daughter, Fu Chuanmei, and his son-in-law, Bu Qingjing, stopped by Mr. Fu's home unexpectedly. It was too late to catch a bus home, so they decided to stay the night and then go home the next morning. It was after 10 p.m. when they arrived at Mr. Fu's home. Just after they sat down, Mr. Fu's wife started to tell them the dream she had had the previous night. A man came to the house and she asked him, "What can I do for you?" The man said, "I just came to look around." She said, "I don't think I know you." The man answered, "You will know me tomorrow after two visitors whom you know come to visit you." After she described what the man looked like in her dream, her son-in-law took out a copy of Zhuan Falun II from his pocket and opened to the page with Master Li's photo. She was shocked: the man in the dream was Master Li. That night, the son-in-law read the book out loud to them. When he closed the book around 1 a.m. and was going to go to bed, hi mother-in-law asked him, "Can you continue reading?" Both of them were still listening to him, so he continued read for a long time.

Mr. Fu started to learn the Falun Gong exercises, and in less than one week, his severe prolapse of the anus disappeared. He used to spend one to two hours on the toilet, which was often accompanied by lots of bleeding. His other sickness symptoms disappeared as well after he practiced Falun Gong.

Once his oldest son saw a fortuneteller in the street during a trip to Dongying City and wanted to get a reading. The fortuneteller told him, "I'm not able to give you a reading because there are people in your family who cultivate to become big Buddhas." Later he understood what the fortuneteller meant. After he returned home, he put Master Li's photo in a big frame and hung it on the wall. He started to practice Falun Gong, too.

Mr. Fu moved in with his oldest daughter, Fu Chuanmei, after his wife passed away. He practiced the exercises and studied the Fa everyday, and his health drastically improved.

On July 21, 1999, the day after the communist regime announced the persecution of Falun Gong on July 20, 1999, Mr. Fu and his daughter's family decided to go to Beijing to appeal. They went through different checkpoints and finally arrived at Langfang, the southern outskirts of Beijing, at midnight on July 22. The police there didn't allow anyone to go further into Beijing. Later Mr. Fu returned home while his daughter's family managed to enter Beijing. They went to Fuyou Street where the state appeals office is located. They saw many plainclothes policemen and armed officers in the buses along the street waiting to arrest Falun Gong practitioners. In October 1999, his son-in-law, Bu Qingjin, and his daughter, Fu Chuanmei, went to Beijing to appeal for Falun Gong again. Wang Lianjie from the No.2 Operation Team threatened Mr. Fu, ordering him to disclose the whereabouts of his son-in-law and his daughter. Mr. Fu was not frightened and instead questioned them as to where his daughter and son-in-law were, demanding their return.

Mr. Fu's daughter and her husband were arrested and detained several times by Gudong Oil Extraction Factory officials. They were followed, their phones were tapped, and people went to their home to harass them. Bu Qingjin suffered several beatings, and his employer stopped paying him. All of these distressing happenings caused Mr. Fu's mental and physical health to deteriorate.

In the beginning of 2000, which was a cold winter, Wang Lianjie hired someone who had just left the military to monitor Bu Qingjin's family. The young man stayed in the corridor in the middle of the night and almost froze. Mr. Fu found him and brought him inside, and his daughter cooked a pot of noodles for him. When asked where he was from and what he was doing, he said he would lose his job if he told them the truth. After Wang Lianjie later came to retrieve him, Wang deducted 350 yuan from Bu Qingjin's salary to pay the man for monitoring Bu Qingjin.

One day in 2000, Mr. Fu, accompanied by his oldest daughter, was going to Jinan City to see his second daughter and his grandson. They were intercepted just after they left the gate of the residential courtyard and his daughter was fined 1500 yuan.

When his daughter went to a public restroom, the man in charge of monitoring her even followed her into the woman's restroom.

Although grief-stricken over the detention of his own children, Mr. Fu had to take care of his three grandchildren

His three granddaughters lived in different places. For more than six months, Mr. Fu rushed around to their three homes, plus his own, to take care of them. He also cared for those in detention and often traveled a long way to see them, but he was always turned away. When he went about 20-25 km to Gudong to see his oldest son-in-law, Wang Lianjie did not even allow him to enter the gate. He went to see his oldest daughter who was detained in the brainwashing center. Gao Yuemin and Kai Jincun, heads of the brainwashing center, refused to let him see her. He went to see them on several occasions and was turned down every time. Moreover, Wang Lianjie, Gao Yuemin, and others often went to his home to harass him. They wanted to force the old man to give up his belief and force him to make his children give up their belief, also.

During the Chinese New Year, each employee in Shenli Oil Field would be given food gifts to celebrate the holiday. In the Guogong Oil Extraction Factory where Bu Jingjin, the son-in-law of Mr. Fu, worked, only his family was not given anything. For the 2001 Chinese New Year's eve, Mr. Fu managed only to prepare the dumplings and spent the day with his grandchildren alone while his children's families were broken apart.

There are more details of which we are unaware. From Mr. Fu's situation, people can see how much suffering the communist regime has brought to countless happy families by persecuting Falun Gong.