(Clearwisdom.net) Previous articles on this website reported that Ms. Geng Jin'e, a Falun Gong practitioner from Haidian District, Beijing, was tortured to death in Daxing Women's Prison on June 10, 2010. (http://www.clearwisdom.net/html/articles/2010/6/29/118240.html) 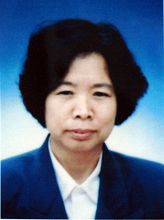 After Ms. Geng Jin'e died, Liu Yingchun, the director of Fourth Ward, held a mandatory meeting with the staff and Ms. Geng's cellmates. Liu told them how to talk about Ms. Geng's case, and what should or should not be said. The guards even demanded that others pretend that the guards had tried to rescue Geng Jin'e. The next day, when a Procuratorate official arrived to investigate Ms. Geng's case, no one dared to tell the truth. At one point, a Falun Gong practitioner simply said, "Ms. Geng was treated badly," and Liu Yingchun severely reprimanded her.

Three Falun Gong practitioners have been persecuted to death in the Fourth Ward since 2005. Currently, practitioners Ms. Li Fengying, Ms. Nan Xiuping, Ms. Ji Lianyun, Ms. Cui Cuiqiao, Ms. Li Li and others imprisoned in this ward are in bad health. They look very weak, especially Ms. Li Fengyun, who is 70 years old. Director Liu Yingchun, Deputy Director Liu Lixin and Xiao Rui cannot evade their responsibility for the deaths and the abuse of others.