Ms. Li Youyun Passes Away After Years of Persecution (Photo)

March 18, 2011 |   By a Clearwisdom correspondent from Hubei Province, China

(Clearwisdom.net) As a result of severe persecution in the brainwashing center, Ms. Li Youyun suffered hypertension and other illnesses. Even after being released and allowed to go back home, she was often harassed by the district 610 office. On February 20, 2011, Ms. Li passed away at the age of 65. 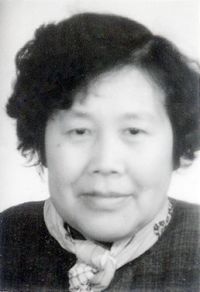 Ms. Li Youyun lived in Jianle Residential Area, Ronghua Street, Qiaokou District, Wuhan. Since the age of 45, she started to suffer liver disease, stomach illness, heart attack and neurosis. She tried many Chinese and Western medical treatments and practiced many kinds of Qigong, but nothing worked. In April 1996, she started to practice Falun Dafa. Since then, she followed the principles of Truthfulness-Compassion-Forbearance. Her mind was purified and many of her illnesses disappeared without any treatment. These facts allowed her relatives and friends to witness the magic effect of Falun Gong.

In 1999, the CCP launched the bloody persecution of Falun Gong in the whole country. Ms. Li went to Beijng to appeal and there she clarified the truth about Falun Gong by illustrating her own life story. This caused her repeated persecution and her home was ransacked. She was fined, beaten, brainwashed, punished and extorted.

After being taken back to Wuhan from Beijing, she was detained in the Wuhan Reformatory School. In the summer of 2000, someone reported her to the police while she was practicing Falun Gong in the Qiaokou Park. She was detained in the Jiangong Inn at Youyi Road, Qiaokou District for one week. The police dispatched personnel to watch her around the clock. She was forced to stand and not allowed to sleep as punishment. The police forcibly charged her the boarding expenses of about 800 yuan.

In November 2000, Ms. Li went again to Beijing to appeal and she was blocked and taken away by the plainclothes police. She was detained in the Etouwan Brainwashing Center in Qiaokou for 18 months. During the period, her daughter-in-law gave birth but did not get proper care. This led to her son and daughter-in-law getting a divorce.

In June 2002, in an attempt to force Ms. Li to give up her belief, Zhu Jun and other guards from the brainwashing center forced Ms. Li to stand under the sun when it was about 40℃. At night, Ms. Li was forced to walk in the grass with her bare feet and the mosquitoes kept biting her. She was not allowed to drink, eat, wash her face, take a shower and use the bathroom. Her hands were tied behind her back and they also put plates on her head. After she fainted and regained consciousness, the guards continued to torture and humiliate her.

Li Zhaojing forced Ms. Li to crawl as a frog. Ms. Li said to him, “You should not do this.” Li Zhaojing immediately stuffed Ms. Li’s mouth with a dirty cloth and did not allow her to speak. Afterwards, someone poured water on her body, hit her head with a plastic bottle and pinched her cheek. Ms. Li was tortured like this for seven days and eight nights. As a result, she had symptoms of hypertension and sent to the Wuhan No.10 Hospital for emergency treatment. When Ms. Li was very weak, the guards continued the persecution and did not allow her to sleep for six days.

Due to the long-term physical and mental torture, Ms. Li's body was very painful long after she was released from the brainwashing center.

Until her passing away, Ms. Li had often been harassed by the district 610 Office. In August 2010, Xu Jinping and three policemen from the Qiaokou Domestic Security Team rushed into her home and threatened and harassed her. Ms. Li was deeply hurt in both body and mind. On February 20, 2011, she passed away.