(Clearwisdom.net) Malacca (Malay: Melaka, dubbed The Historic State), one of the thirteen Malaysian states, is located in the southern region of the Malay Peninsula, on the Straits of Malacca. Its capital, Malacca, has been listed as a UNESCO (The United Nations Educational, Scientific and Cultural Organization) World Heritage Site since July 7, 2008.

“The Historic State” Has a Deep Bond with China

The Ming Dynasty sponsored a series of seven naval expeditions to Southeast Asia, South Asia, and East Africa between 1405 and 1433. Zheng He (1371–1435) commanded these expeditions. He and his armed forces visited the place now known as Malaysia during his fourth voyage, thus establishing the special bond between Malaysia and China. In 1459, princess Hang Li Po was sent by the Ming emperor to marry Malacca Sultan Mansur Shah (ruled 1459–1477), which further strengthened the relationship between the two countries.

Deeply rooted in traditional Chinese culture, Falun Gong (also called Falun Dafa), was first introduced to the public in China in 1992. After this great practice spread to Malaysia in 1996, many group exercise sites were quickly set up and many book stores began to carry the book Zhuan Falun. Malacca, the major tourist attraction in Malaysia, also saw more and more locals take up the practice of Falun Gong. With the introduction of Falun Gong, Malacca enjoys a deeper bond with China. 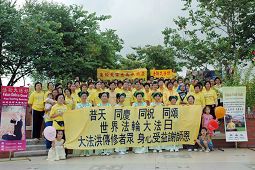 Falun Gong practitioners gathered in Malacca on May 13, 2006 to celebrate the 14th anniversary of Falun Dafa’s public introduction 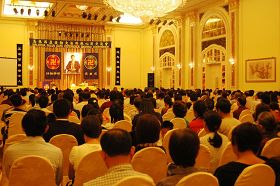 A Beautiful Scene at the Annual Dragon Boat Race

The purpose of the annual Malacca Dragon Boat Gold Cup Race is to promote traditional Chinese culture and to celebrate the Dragon Boat Festival. Falun Gong practitioners have been participating in the event since 2002. The hosting organization appreciates the participation of practitioners and has granted the Best Spirit Award to the women’s team two years in a row. 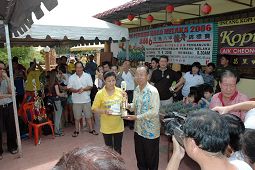 Spreading the Truth at the Annual Dragon Boat Race 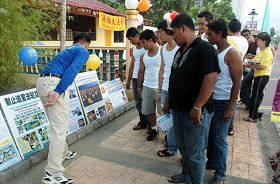 People learning the truth at the 25th Dragon Boat Race 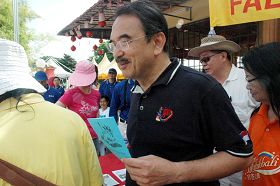 Falun Gong practitioners in Malaysia participated in the “Malaysia-Singapore Dragon Boat Race” on May 20, 2007. The Divine Land Marching Band became a focal point at the race thanks to their colorful and bright uniforms, as well as the harmonious music they played. Dato Wong Soo Tang expressed his appreciation, “I am very grateful to the Tian Guo Marching Band for making this race more interesting.” 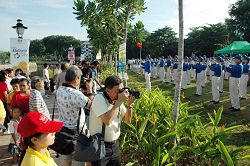 After the race was over, the band was invited to perform elsewhere.

Divine Land Marching Band performed at A' Famosa Square on May 20, 2007 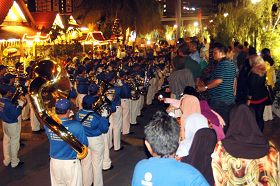 Malacca is not only the main tourist attraction in Malaysia, but also a key pathway to Singapore and Thailand. All year long, tourists, many of them from China, visit Malaysia. Falun Gong practitioners have been clarifying the facts in Malacca for many years. Some tour guides who have known the truth say, “The Falun Gong site has become a bright spot in the historic site.” 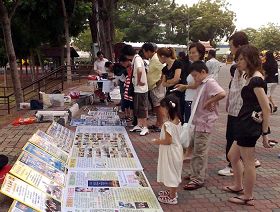 Tourists read posters about Falun Gong and the persecution in China

During the Chinese New Year, the historic site becomes even more colorful with all kinds of decorations. Many more people come to visit Malacca during the holiday season. Falun Gong practitioners make good use of the high tourist traffic to collect signatures and help more people to learn the truth about the situation in China. 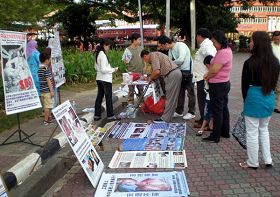 People line up to sign their names to condemn CCP brutality

Creating an opportunity for visiting Chinese people to learn the truth may be the most meaningful part of the 600-plus year-long bond that Malacca has shared with China.