September 08, 2010 |   By a Clearwisdom correspondent in Liaoning Province, China

(Clearwisdom.net) During the persecution, many Falun Gong practitioners have been tortured in Panjin Prison in Liaoning Province. Several have been murdered, and the guilty persons have not been brought to justice.

Mr. Wu Liantie, 48, lived in Liaozhong County, Shenyang City, Liaoning Province. On April 13, 2005, Li Wei, head of the National Security Brigade, and five or six policemen from the Police Substation of Ciyutuo Town arrested Mr. Wu Liantie. They took him to the First Detention Center of Liaozhong County and tortured him. He was then held at the Zhangshi Brainwashing Center of Shenyang for two weeks before being transferred to the Liaozhong County Detention Center, where his health deteriorated and he was near death due to inhuman torture. The detention center refused family visits for nearly eight months. In December 2005, Mr. Wu was sentenced to an eight-year prison term and held at the 3rd Brigade of Panjin Prison. Despite being held in that prison, Mr. Wu continued to clarify the facts about Falun Gong and expose the CCP's persecution of Falun Gong. He died in the prison on May 22, 2006 due to torture.

Detailed information about Mr. Wu Liantie can be found at: http://www.clearwisdom.net/emh/articles/2006/6/7/74206.html

Mr. Lu Guanglin, a practitioner, was arrested by about ten Fushun City police officers on March 15, 2005 and sentenced to a thirteen-year prison term, to be served at Panjin Prison. He was brutally tortured, including shocked with an electric baton. Close to the end of February 2009, Mr. Lu went on a hunger strike. He was shocked with an electric baton, suffered multiple burns, and his teeth were knocked out. His health deteriorated and he passed away in the prison hospital.

Detailed information about Mr. Lu Guanglin can be found at http://www.clearwisdom.net/html/articles/2010/5/6/116718.html

Mr. Huang Lizhong from Lianshan District, Huludao City was tortured at Panjin Prison for more than one year. On October 20, 1999, when his family members visited him, he looked emaciated. He was shivering throughout the visit and too weak to hold a conversation. That is when his family realized why earlier family visits were forbidden. Guard Wang Jianjun tried to hide the fact that he tortured Mr. Lu. The torture methods included electric shocks, handcuffing, hanging up and brutal beatings. At 9 p.m. on October 25, 2009, five days after the family visit, prison authorities notified his family that Mr. Huang had died. 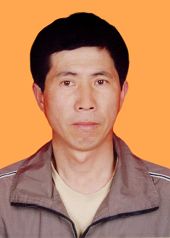 Mr. Huang Cheng from Jinzhou City was arrested by more than twenty police officers from the Taihe District Police substation of Jinzhou on February 25, 2008 and detained at the police substation. During eight hours of detention, the officers tried to extort a confession through torture. Mr. Huang suffered fractures on both of his hands and the tendon of his left ankle was exposed. Then, he was transferred to the Jinzhou Detention Center. The Taihe District Court sentenced him to a six year prison term in August 2008.

Mr. Huang was taken to the Panjin Prison on December 16. 2008. Besides his injuries, he was also diagnosed with very high blood pressure. He was detained at the No. 2 Division of the No. 1 Ward. Wang Yanguang, the head of the division used eight electric batons to shock Mr. Huang for about an hour. The room, located on the second floor, was filled with smoke and one could smell burning flesh. Then, they shaved his head.

At the end of March 2009, guards tortured Mr. Huang to try to make him renounce Falun Gong. Several people used eight electric batons to shock him at the same time. They covered his head and hung him up. He was not provided food or water for three days and nights. He was also tied to an iron chair after stripping off all his clothes off and then shocked with electric batons.

Yang Guanjun, the head of the division, ordered three inmates to handcuff Mr. Huang's hands to the wall and inserted the largest size needles from the prison hospital under his fingernails. One can still see the scars underneath the fingernails.

Around September 2009, Mr. Huang announced that the repentance statement prison guards forced him to fingerprint were null and void. In the evening Yang Guanjun slapped his face repeatedly and then ordered Li Feng, the section leader, to take him to the management and education office on the second floor and torture him. Yang Guanjun slapped Mr. Huang again, while another section leader hit his chest with handcuffs. The next day, Mr. Huang vomited, felt dizzy and very ill. Despite these symptoms, Yu, the section leader, shocked Mr. Huang with electric batons for about an hour after getting drunk. Then, they demanded that Mr. Huang do forced labor. Yu slapped Mr. Huang again. As a result of this torture, Mr. Huang suffered high blood pressure, vomited, had an irregular heartbeat, paralysis of his limbs, blurred speech and edema. He often felt dizzy and displayed symptoms of cerebral hemorrhage. Despite all these problems they continued to torture him.

In the prison hospital, guards tied his four limbs to the bed and did not give him anything to eat. They inserted a nasal tube and forced-fed him for about a month. Before being discharged from the hospital, he was given an injection of an unknown reddish liquid. As soon as the needle was inserted, he lost consciousness. When he came to, he had lost most of his memory. At the time when he was discharged from the hospital, Mr. Huang's mouth and eyes were crooked, he could barely speak, looked very pale, barely reacted to any stimulus and needed help walking.

5) Persecution of Other Practitioners

Panjin Prison is a dilapidated structure. When it rains, water pours down from the third to the ground floor. Detained practitioners are allowed personal hygiene twice a month and food intake is restricted, but they have to perform hard labor. Anyone, practitioner or inmate, that cannot finish the labor quota will be tortured. Working hours can last around the clock without any rest. Whenever the prison is inspected, guards take disabled practitioners to the pigpen until the inspection team has left. When giving vaccinations, guards line up practitioners and inmates, and an inmate injects the vaccine through the pants without changing needles.

The above is only the tip of the iceberg of the crimes committed in Panjin Prison.