September 08, 2010 |   By a Clearwisdom correspondent from Hebei Province, China

(Clearwisdom.net) Ms. Yuan Pingjun, a Falun Dafa practitioner from Shijiazhuang City, Hebei Province, died around August 10, 2010, just one week after she was arrested at her home. Chinese Communist Party authorities paid her family 100,000 yuan in exchange for their silence regarding her death, and cremated her body on August 22, 2010. 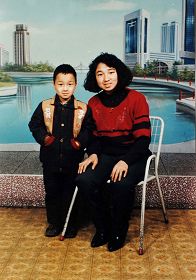 Within 10 days, the 610 Office informed the family that Ms. Yuan had died by falling from the fifth floor to the second floor of a building. At that time the family learned that Ms. Yuan was detained at the brainwashing center operated by the Xinhua District 610 Office. What happened to Ms. Yuan while she was detained at the brainwashing center and the circumstances surrounding her death are unknown.

Right after her death, her body was secretly transferred to the crematory, where it was closely guarded. Her husband and son were strictly monitored. Insiders said that many plainclothes officers were posted on the street of her home. The authorities also installed a surveillance camera in a restaurant across the street. Agents threatened the family not to take legal action. They even forbade the family to set up a mourning hall for relatives and friends to offer their condolences.

Insiders have revealed that authorities paid the family 100,000 yuan in exchange for their silence, and cremated the body of Ms. Yuan on August 22, 2010. It was carried out in such a hurry that the cremation process was done without the presence of her husband.