August 29, 2010 |   By a Clearwisdom correspondent from Sichuan Province, China

(Clearwisdom.net) Mr. Li Jianhou, a Falun Gong practitioner around 67 years old, was tortured to death on March 27, 2003, after being illegally detained at the Deyang Prision for two months and 22 days.

Mr. Li Jianhou once worked as the deputy general manager and secretary of the Party Committee of the Nanchong Municipal Agricultural Trade Company. He was also a committee member of the Nanchong People's Political Consultative Conference. In his workplace, he was generally acknowledged as a good person, who always thought of others. 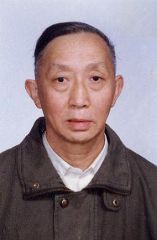 Mr. Li Jianhou started practicing Falun Gong in November 1996. Since he went to Beijing to appeal for Falun Gong in July 2000, he had been arrested and imprisoned four times. His home was also ransacked three times. His pension was withheld for nearly 22 months and has still not been returned. He suffered detention for nearly 380 days.

In order to protest this persecution, Mr. Li Jianhou went on a hunger strike for 40 days while being held in the Nanchong City Detention Center. When he was tortured to the brink of death, officials from the Shunqing District 610 Office issued an order to "send him away as long as he can take a drink," and then transferred Mr. Li to the No. 2 Ward of Deyang Prison on January 4, 2003. The No. 2 Ward is a place used to brainwash and torture Falun Gong practitioners. Two months and 22 days after he was transferred there, Mr. Li Jianhou was tortured to death.

Ms. Zhang Qingfen, Mr. Li's wife, was also arrested simply because she protested against the illegal sentencing of her husband. When Mr. Li was tortured to death on March 27, 2003, Ms. Zhang was held in the Shunqing District Detention Center. She was later subjected to four years of imprisonment. Officials from the Nanchong City 610 Office had not told her of her husband's death.

Mr. Li's elder son was forced to leave town, leaving the younger son, Mr. Li Liang, who was only 30 years old, at home. After learning about the persecution and maltreatment of his parents in July 2003, Mr. Li Liang was filled with grief and indignation, and later passed away at home.