Ms. Fu Hongxia Dies as a Result of Years of Persecution (Photo)

(Clearwisdom.net) After the persecution of Falun Gong began in 1999, practitioner Ms. Fu Hongxia was repeatedly harassed and subjected to brainwashing. She was illegally arrested four times and imprisoned in a forced labor camp for two years. 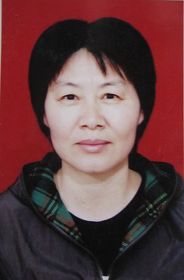 In 1999, Ms. Fu's employer assembled all the Falun Gong practitioners in the workplace and threatened that if they did not stop practicing, their pay would be stopped and they would be sent to jail. Ms. Fu did not give in. Her monthly pay was reduced to 200 yuan.

In December 1999, Ms. Fu was arrested. In the spring of 2001, she was subjected to three years of forced labor and imprisoned at the Shibalihe Forced Labor Camp in Zhengzhou City, Henan Province.

At that time, large numbers of practitioners were imprisoned. The guards used every possible means to try to "transform" practitioners, including closely monitoring them 24 hours a day, deception, brainwashing, stirring up trouble among them using undercover agents, overtime forced labor, sleep deprivation, brutal beatings, and torture. Some practitioners gave in under the stress. Guards then forced them to work to "transform" other practitioners.

Ms. Fu went on hunger strikes on many occasions to protest her imprisonment. She was subjected to verbal and physical abuse, as well as brutal forced-feedings. She lost two of her teeth during the forced-feedings. Later, the guards changed their strategy to try to deceive Ms. Fu and pretended to be nice to her. When this tactic did not succeed in "transforming" her, the guards began depriving her of sleep and beating her. In the meantime, the guards let her parents and her child (she was a single mother) know of her desperate situation and had them beg her to "transform" over the phone. Ms. Fu maintained her position, firmly stating, "I did nothing wrong."

The guards pushed her into a room, surrounded her, and beat her, mercilessly intent on her signing a prepared "transformation" statement. She broke the pen which they put into her hand. They twisted her arm and pulled her fingers. But they did not get her signature.

At night, two "transformed" people were sent in to watch her. They were ordered not to allow her any sleep. Late at night, one of them gave Ms. Fu a pen and paper, saying that she could write a letter to the director and the guards. In the letter, Ms. Fu praised Falun Dafa, exposed the lies of the Chinese Communist Party (CCP), and told them that they would never alter her righteous thoughts. They retaliated by locking her in solitary confinement for 15 days.

The guards tortured her with her arms bound behind her back. They made the ropes extremely tight and forced her to stand with her body bent forward and her head against wall. The torture lasted so long that her arms turned black and purple. The guards yanked her bound arms upward to make her suffer more.

After two years of torture, Ms. Fu was diagnosed with severe pleural effusion, and her conditon was life-threatening. She was released for medical reasons.

The agents from the Puyang City 610 Office and the administration of the Puyang City Coal Power Plant refused to let her return to work, saying that her forced labor term had not finished. She finally got a basic living expense of 200 yuan after lodging a complaint.

In the winter of 2003, soon after her release, agents from the Zhongyuan Oil Field 610 Office and the Puyang City 610 Office arrested Ms. Fu and her daughter, who was in middle school. Ms. Fu was detained for a month. Her daughter was subjected to brutal interrogation.

Ms. Fu's activities and her home phone were monitored after her release. Guards from the labor camp and agents from the 610 Office "visited" her at home on many occasions. They pressured her employer to push her to write a guarantee statement.

To make a living, Ms. Fu worked at odd jobs. This made monitoring her difficult, so the authorities resumed her salary.

Song Hongzhong and other agents from the Puyang City 610 Office repeatedly held Ms. Fu in a brainwashing center. They threatened her, her daughter, and her parents with forced labor. Her elderly parents were traumatized and cried a lot. Her mother cried herself blind and died in the spring of 2007.

Ms. Fu's health began deteriorating. In the spring of 2008, she was diagnosed with bone tuberculosis. She had an operation. Agents from the city 610 Office "visited" her at her sick bed and again tried to get her to write a guarantee statement.

Soon after she recovered, agents from the oil field 610 Office and the city 610 Office plotted to hold her in the detention center again. A sympathetic administrator protected her, and so Ms. Fu was spared another detention. To make their monitoring easy, the plant administration ordered her to report to work at the Politics and Security Department.

Ms. Fu's health deteriorated again. She was diagnosed with pancreatic cancer. She could not eat, was bedridden for 6 months, and became emaciated.

The plant administration visited her. In front of her, they comforted her. Behind her back, they pushed her father to, yet again, try to "transform" her.