April 12, 2010 |   By our correspondent from Heilongjiang Province, China

Around 10 a.m. on March 21, 2010, officers Li Hongyu and Xuan Lizhi from Lalin Town Police Station and two employees from the 610 Office and the State Security Bureau in Wuchang City illegally arrested Ms. Guan Yunhua from her home. It is alleged that she is currently in the custody of the 610 Office in Wuchang City. Ms. Guan perseveres in her faith in Falun Gong despite knowing that her late husband died a horrible death while in police custody in 2002.

This is not the first time that she has been persecuted. Back in 2002 after her husband went missing, she asked around to try to find him. She caught the attention of the police and was arrested and incarcerated in the No. 2 Detention Center in Wuchang City. She was then incarcerated in Wujia Forced Labor Camp for two years, where she was repeatedly attacked with electric batons, suspended in the air for extended periods of time, and beaten into unconsciousness.

Brief Account of the Persecution of Mr. Zhang Yanchao

Ms. Guan's arrest is causing particular concern among practitioners because of the tragic death of her late husband, Zhang Yanchao, in 2002.

In April 2002, Mr. Zhang died in police custody. His skull had been split open, internal organs and one eye were missing, and all his bottom teeth was gone. There were visible signs of injury all over his body. 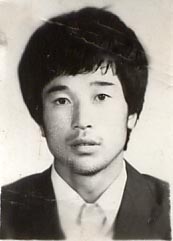 On the morning of March 28, 2002, Mr. Zhang was on his way home when officer Jia Jiwei and his cohorts from Hongqi Township Police Station arrested him. They searched him and took about 2,800 yuan in cash. Next they started to punch and kick him and attacked him with electric stun batons. In the afternoon, they took him to Wuchang City Prison, where officers Chen Shusen and Zhan Zhigang from Wuchang City Public Security Bureau, as well as Huang Zhanshan, Wu Xianfu, and Fu Xiuchun from the 610 Office in Wuchang City, tortured him. On March 31, Mr. Zhang, by now severely bruised and with a broken left leg and overall injuries, was transferred to the 7th Division of Harbin City Public Security Bureau.

On April 1, he was put in a torture chamber within the 7th Division of Harbin City Public Security Bureau that was alleged to be equipped with more than 40 types of torture devices. In just 24 hours, he was tortured to near death. It was alleged that he died within two days in the custody of the 7th Division.

But it was not until April 30 that Harbin City Public Security Bureau notified Zhang Yanchao's family of his death and told them to appear and identify his body.

His family members traveled in two cars to Harbin, where they viewed his body in Huangshanzuizi Cremation Facility. He was swollen and twisted. The top of his skull had been removed and put back. An eye was missing, and the majority of the skin on his head and face was ravaged. Every single bottom tooth was gone. His chest, which had been cut open and stitched shut, was sunken in.

A large number of armed police officers were present at the cremation facility. They ordered everyone to keep quiet and threatened to arrest anyone who made any noise on a charge of being a counter-revolutionary. An employee at the facility revealed to the family the following facts: Zhang's body had been at the facility for 21 days. His body had been dissected, and a large part of his brain had been removed. His heart, liver, and lungs were removed. The employee did not know why.