Ms. Wu Yao, a Teacher from the Affiliated Middle School of the Beijing Medical School, Tortured to Death

(Clearwisdom.net) Ms. Wu Yao was born on June 30, 1946. After refusing to give up her Falun Gong practice, she suffered repeated persecution. On June 22, 2003, she was tortured to death at the Beijing Forced Labor Dispatch Department. 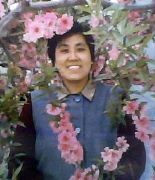 She was an excellent teacher but became bedridden due to a heavy workload. In 1996, after she began to practice Falun Gong, she recovered, and her outstanding abilities and excellent moral standards were praised by her colleagues, her students, and their parents.

After the persecution of Falun Gong started on July 20, 1999, Ms. Wu started to clarify the truth to people. On February 12, 2000, Ms. Wu and her husband went to appeal to stop the persecution of Falun Gong at the State Council Appeals Office, but they were arrested and taken to the Dongsheng Police Station in the Haidian District. The party secretary, Long Cong, and the principal, Li Xiuqin, from her school tried to persuade her to give up Falun Gong and told her that she could come back to teach if she renounced Falun Gong. Ms. Wu told them, "This is such a good practice, why should I give it up?" She returned home that same night and continued to teach at her school.

On March 17 or 18, 2000, she was arrested for practicing Falun Gong outside her home. Officers from the Dongsheng Police Station took her to the Qinghe Detention Center in the Haidian District. She was detained there for a month. In April 2000, when she visited a work-related exhibit with her school principal, she handed a letter explaining the facts about Falun Gong to the receptionist at the exhibit. The receptionist refused to take it and tried to have her arrested. The principal helped to stop the arrest.

After that, the local police and officials from the 610 Office repeatedly threatened and harassed her. On April 8, 2002, the deputy director of the Dongsheng Police Station; the director of the Dongsheng Street 610 Office, Guo Haitao; and the chief of Security Section of Beijing Computation Math and Applied Physics Research Institute where Ms. Wu's husband worked took away her husband, Shen Minjie. They sent him to the Xishan Brainwashing Center. The police officer told her, "You will be next." Ms. Wu was forced to leave home to avoid persecution.

At the end of May 2002, officers from the Dongsheng Police Station took her to the Xueyuan Street Brainwashing Center. She held a hunger strike to protest and was released after several days.

On September 9, 2002, when Ms. Wu and her husband were distributing informational materials, several officers from the Wanyuan Road Police Station arrested them and took them to the Wanyuan Road Police Station. The next day, they were taken to the Fengtai District Detention Center. Right after her arrival, she held a hunger strike to protest the detention. Detention center officials ordered the inmates to force-feed her. They brutally tortured her during the force-feeding, including pinching her cheeks and breasts and prying open her mouth.

In October 2002, Ms. Wu and her husband were taken to Tuanhe Hospital for medical examinations. Both of them had high blood pressure, so Tuanhe Forced Labor Camp refused to accept them. On December 2002, they were taken for another exam, but the results were the same. Both of them were taken back to the detention center.

In 2003, during the SARS episode, the detention center did not want to keep the detainees. On June 11, 2003, Ms. Wu and her husband were transferred to the Beijing Forced Labor Dispatch Department. She refused to cooperate with the officers' orders and was brutally beaten.

On June 22, 2003, a few days after she arrived at the dispatch department, police officers from Tuanhe Hospital asked her husband to go to the hospital director's office. When he got there, he saw his youngest son sitting on the sofa. He said to his father, "My mother is gone."

Her husband was very surprised. Later, they were taken to see Ms. Wu's body. Her younger brother recalled that "the left side of her back was black." Her lips were black. Although they had put make-up on her, her lips were still black.

The afternoon of Ms. Wu's death, four officials met with her family. Three of them were from the Beijing Forced Labor Dispatch Department, including two division directors and one section chief. The director of Tuanhe Hospital was there, too. One of them said, "Wu Yao was not sick and obeyed the rules. This morning at around 4 a.m. when the patrol officer visited her room, they saw she was not breathing normally. They called her name but she didn't answer. Then the doctor came and took her blood pressure, which was 80 over 120. They immediately took her to the hospital. In Tuanhe Hospital, they tried to revive her for 40 minutes but failed. Her heart then stopped and she stopped breathing. She died from sudden cardiac arrest."

Ms. Wu's brother said, "We'd like to look at the emergency treatment record." The director of the hospital said, "The procuratorate will need to give permission for that." Later, Ms. Wu's family decided to go to the dispatch department to get more information first and then hired a medical examiner to exam her body. Lastly, they sought to obtain the treatment record.

But one of the officials told them that they would only deal with Ms. Wu's direct family. They also took Ms. Wu's husband back to his cage in Tuanhe Hospital and turned down three requests from her relatives.

On June 28, 2003, officials from the Beijing Forced Labor Dispatch Department told Ms. Wu's family to go to the Daxing County Funeral Service Center for the cremation. Only her youngest son was allowed to say goodbye to her. None of her other three children, relatives, or good friends were allowed to see her body. When her children got her clothes, they saw bloodstains on her undershirt.