Concern from practitioners in Malaysia 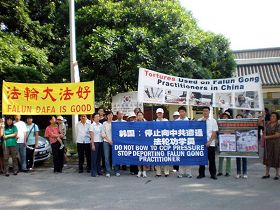 Practitioner Wu Wenqiang handed over the letter to Mr. Kim and explained its purpose. Mr. Wu reminded the Korean Govern official that the CCP has been persecuting Falun Gong since 1999. The international community has condemned the CCP's atrocities. But South Korea yields to the CCP regime and deports Chinese Falun Gong practitioners in Korea.

The practitioners explained to the Consul-General what Falun Gong is and exposed the CCP's brutal persecution of Falun Gong in China. They expressed their concern about the incident and pointed out that the practitioners could face losing their lives in China. In addition, South Korea signed the Universal Declaration of Human Rights. Out of humanitarian concerns, the South Korean Government should not deport Falun Gong practitioners to China who are applying for asylum.

Mr. Lee expressed his understanding of the practitioners' feelings. The practitioners asked him to extend their hopes and voices to the South Korean Government. 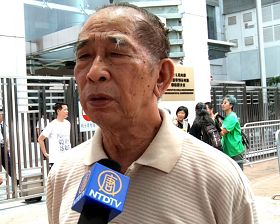 Szeto Wah, the chairman of The Hong Kong Alliance in Support of Patriotic Democratic Movements in China

Mr. Szeto Wah, the chairman of The Hong Kong Alliance in Support of Patriotic Democratic Movements in China, condemned the South Korean Government for its yielding to the CCP for economic interests and assisting in the CCP's persecution of Falun Gong. He said, "You know that these people will face unfortunate treatment once deported to China. Such a country like Korea sides with the bully. I hope all people, especially Korean people,  pay attention to this issue.  If they allow their government to conduct itself like that, they themselves will be harmed in the future." He pointed out, "Such countries succumb to political pressure for economic interest. From that point on, they are not truly democratic countries and will not safeguard their own people." 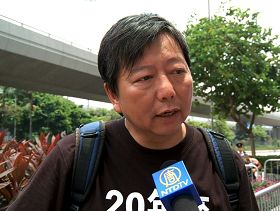 Mr. Albert Ho Chun-yan, member of the Legislative Council of Hong Kong, said, "Everyone knows that Falun Gong practitioners are persecuted in China. If they are deported to China, they will face inhumane treatment. It's just like throwing a sheep to lions.

"Any civilized country should follow the UN Convention Relating to the Status of Refugees and allow these people to have political asylum, at least temporary protection. They should be provided with a safe place to stay or reside. As a democratic country, South Korea is disappointing in this incident. I call on all economically developed countries not to put human rights behind economy. It is an act against civilization." 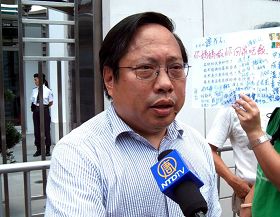 Lee Cheuk-yan, member of the Legislative Council of Hong Kong and General Secretary of the Hong Kong Confederation of Trade Unions

Mr. Lee Cheuk-yan, member of the Legislative Council of Hong Kong and General Secretary of the Hong Kong Confederation of Trade Unions, said, "South Korea is a democratic country. There are many human rights organizations and movements in the country. The Korean government is mistreating Chinese citizens by deporting them back to China. Such an act is not what a democratic country can conduct. There are human rights conventions in the world. No people should be forced back to their home country for potential persecution, imprisonment, or any inhumane treatment. Every country has a responsibility to protect them.

"We call on the South Korean Government to respect international conventions, and for the human rights organizations in South Korea to speak out for the Chinese citizens in Korea who face potential persecution in China."