On July 20, 2009, more than one hundred Falun Gong practitioners from Melbourne held a candlelight vigil in memory of those who have been tortured to death during the 10-year long persecution. 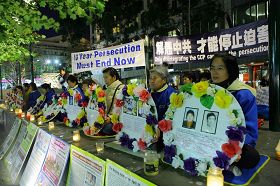 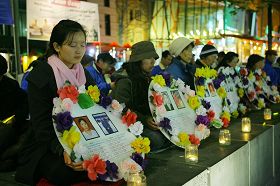 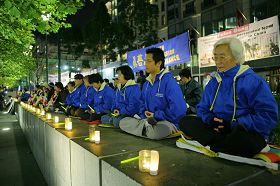 Practitioners held photos of victims. During the last ten years, 3292 death cases of practitioners have been confirmed. They also played a documentary of their peaceful resistance against the persecution. Many citizens watched it and signed their names in support. 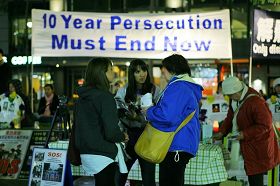 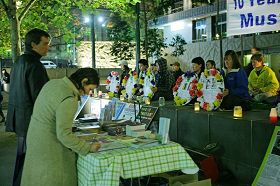 Tyson Vidal, a young Australian, cried, "It is so sad. The persecution must be stopped." He took photos of practitioners and hugged them, saying, "I can feel your heart."

Many citizens expressed that people have right of belief. They accepted truth-clarifying materials.

In the morning, practitioners held banners in front of the Chinese Consulate, protesting the persecution. Many citizens expressed their support.