The Awards Ceremony and Concert of the 2009 Asia Pacific Preliminaries of the Chinese International Vocal Competition were held on June 21 in southern Taiwan. Though there was a typhoon coming, all the tickets were sold out. 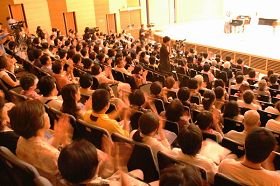 The audience at the Awards Ceremony and Concert of the Preliminaries filled the auditorium.

Hsu Keng-Hsiu, Director of the Tainan City Government Cultural Affairs Bureau, spoke at the opening ceremony. Hsu praised the competition for providing a platform for competitors to learn in ways of culture. He thanked NTDTV for hosting this competition and wished the winners the best of luck at the finals. 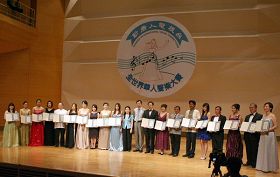 Hsu Keng-Hsiu, Director of the Tainan City Government Cultural Affairs Bureau, and the winners of the Preliminaries of the 2009 NTDTV Chinese International Vocal Competition.

Lin Shu-Chen, Chief Executive Officer of the NTDTV Southern Taiwan Division, said that NTDTV provided a platform for promoting Eastern and Western traditional culture. Through the competition, people get to learn about good traditions. The competition also aims to help restore morality in modern society.

Many government officials of Tainan City and County attended the concert. Hsu approved of NTDTV's efforts in Taiwan to promote traditional Chinese culture in the past few years. "I thank NTDTV for holding such an international competition in the Culture Capital of Taiwan, the city of Tainan. It's a competition for us to learn from each other and enjoy a soul feast and sublimation." 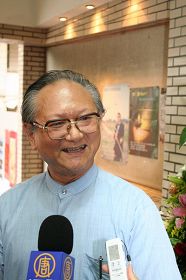 Weng Tzi-Hsiung, a senior vocalist and Chief Secretary of Diwan University, praised the concert, "I learned what beautiful singing really is!"

Weng Tzi-Hsiung, a senior vocalist and Chief Secretary of Diwan University, eulogized the concert, "I learned what beautiful singing really is! The competition is indeed a perfect competition." 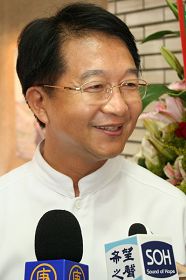 Chou Hsian-Chen, member of Tainan County Council, was impressed by the vocalists.

Chou Hsian-Chen, member of Tainan County Council, exclaimed, "I didn't expect such marvelous voices. I thank NTDTV for bringing such voices to Tainan." 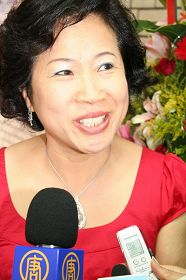 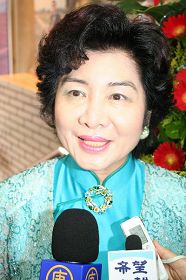 Ye Ming-Rong, Deputy Chief of the Phoenix Chorus of the Tainan Women's Association 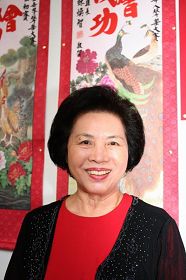 Lin Ming-Mei, former principal of Tainan Girl's Senior High School, Chiu Su-Lan, President of Tainan Women's Association, and Ye Ming-Rong, Deputy Chief of the Phoenix Chorus of the Tainan Women's Association, attended the concert. Lin called the singing, "sounds from heaven." Ye said the concert was much better than she had expected, the singers were highly professional. Chiu believed it was her honor to be able to attend such an occasion and NTDTV has greatly contributed to discovering talents and promoting them internationally.