Jiang Xiqing Tortured to Death and His Family Harassed (Photo)

(Clearwisdom.net) Mr. Jiang Xiqing, a 66-year-old Dafa practitioner from Chongqing, was tortured to death at the Xishanping Forced Labor Camp, and his family is being continually harassed. State Security police in the Jiangjin District are monitoring his family constantly. The police have said that they would not allow any Falun Gong practitioners to contact his family. They attempted to conceal evidence of their crimes and continue to persecute this family. Mr. Jiang's wife Luo Zehui has been sentenced to eight years in prison and is resisting persecution in the detention center. Her life is currently in danger. 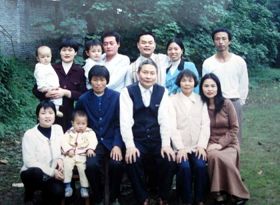 Mr. Jiang's family has asked the relevant departments to investigate the labor camp's responsibility for Mr. Jiang's death and punish the murderers. Officers from the Xishanping Labor Camp colluded with local police to harass and threaten Mr. Jiang's family, in hopes of stopping their efforts to find justice. When they could not find Mr. Jiang's daughter Jiang Hong at home one time, twenty police officers fanned out to search the area. Later police threatened his son Jiang Hongbin and found the leader of his work unit to further pressure him, forcing the family to stop investigating the murder.

Mu Chaoheng led Jiang Qi, Long Yongli and twenty other policemen from the Jiangjin State Security Team to search the home of Mr. Jiang's second daughter, Jiang Ping. They showed no identification when they began the home search. Mu Chaohen grabbed her bag and cell phone.

The police have repeatedly tried to cover up their crimes, especially after the family went to view Mr. Jiang's body after his death, and it became obvious that he had died from police persecution.

Mr. Jiang was a retired employee of the Jiangjin Tax Department. After he started practicing Falun Dafa, he worked industriously, liked to help others, and regained good health. Several days before the 2008 Beijing Olympic Games, he was arrested and taken to the Seventh Division of Xishanping Forced Labor Camp.

On January 27, 2009, Mr. Jiang's family visited him and he was still in good health. However, in less than 24 hours, on January 28, 2009, his family got a call from the labor camp claiming that he had passed away. Less than seven hours after the labor camp claimed that he had died, his children found that their father's philtrum, chest, abdomen, legs were all still warm to the touch. Believing that he was still alive, the family members tried to resuscitate him, but were dragged out of the funeral home by dozens of police officers.

Xishanping Forced Labor Camp has persecuted many Dafa practitioners to death, and they have increased their exertion of control over Falun Gong practitioners in the labor camp. Fellow practitioners, please send righteous thoughts to stop this persecution.