The Persecution of Sun Hongchang and His Wife and Son (Photos)

(Clearwisdom.net) In June 2003, Dafa practitioner Mrs. Wang Xiuxia, the wife of Mr. Sun Hongchang from Qingyuan County, Fushun City, Liaoning Province, was arrested by the Fushun police and tortured to death because she would not give up practicing Falun Gong and cultivating Truthfulness-Compassion-Forbearance. At that time, their son, Sun Feng, was just 12 years old. He got sick and died on August 25, 2005. Mr. Sun Hongchang was tortured to disability by the Fushun City Police Department and the Qingyuan County Police Department. Currently, he is being detained in the Qingyuan County Detention Center. 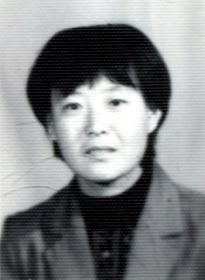 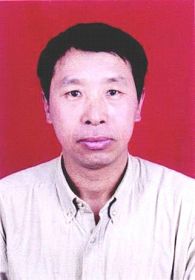 In the early summer of 2003, 42-year-old Mrs. Wang was detained in a detention center in Fushun City. Because she did not cooperate with the guards, she was severely tortured. She was forced to sit on an iron chair in a small cell. At that time, the detention center held more than 20 female Falun Dafa practitioners.

One night, several criminal inmates carried Mrs. Wang into the women's section of the prison. She was wearing heavy shackles but still shouting "Falun Dafa is good!" On the third day, they carried her out again in the morning to force-feed her while she was tied to the iron chair. She was carried out in the morning and in at night for several days. The guards handcuffed her to a radiator after they brought her back in. The radiator was so low that she had to sit on the floor all night.

Mrs. Wang Xiuxia seldom spoke. Her arms and legs were covered with holes made by the guards or inmates poking her with toothpicks. After eight or nine days, she could hardly breathe or speak. The guards stopped carrying her out and removed the handcuffs and shackles. She was force-fed and given IV fluids in her room.

One day, other practitioners helped her to go to the restroom. After squatting for a long time she could not urinate. With great effort she told the practitioners that the criminal inmates had tortured her by pulling out all her pubic hair. She could not urinate because that area was so swollen. The inmates also pressed a coffee mug lid to her rib cage and moved it around to cause excruciating pain.

After several days of continuous torment, Mrs. Wang Xiuxia passed away. On the evening of June 15, Fushun City Police Department authorities notified her family of her death. When her family rushed to the police department, they saw that her body, which was in a freezer, was disfigured. The police refused to let the family take a close look at the body and didn't answer their inquiries about the cause of her death. On the morning of June 17, before her family could see the body, the police hastily sealed it in a coffin.

2. Son Sun Feng Passed Away in Fear and Sorrow

Mr. Sun Hongchang was forced to leave home in 2000 in order to avoid being arrested at home. After his wife was tortured to death, the CCP police tried over and over to arrest Mr. Sun Hongchang. At that time, their younger son, Sun Feng, was only twelve years old. Besides bearing the pain of losing his loving mother, he was also worried about the safety of his father.

Sun Feng was cared for by relatives. At the end of December 2004, he became very weak and ill. He passed out many times and was taken to the hospital for emergency treatment. Sun Feng died in August 25, 2005.

At about 5:00 p.m. on March 28, 2006, as Mr. Sun Hongchang worked in the Xinlong Community in Qingyuan County, eight officers from the Fushun Police Department's Domestic Security Division arrived and arrested him. They then detained him at the Qingyuan Town Police Station.

At about 11:00 p.m. on March 28, one person used electric batons to shock Mr. Sun's genitals after Guan Yong and other policemen had beaten Mr. Sun for an hour. They then pummeled Mr. Sun's penis with their fists. They also used both hands to force one of Mr. Sun's legs above his head, a torture method called "splitting hip." (Fushun Domestic Security Division people are also using this cruel tactic. Victims subjected to such extreme physical agony can easily become handicapped.) To carry out this torture, four to five policemen took two wooden sticks and wrapped them tightly with wide tape to Mr. Sun's legs, preventing him from bending them. They then immobilized his right leg on the bed. They used both hands to force Mr. Sun's left leg over his head. Each time the abuse lasted one or two hours. It was so painful that Mr. Sun fainted many times. Residents near the police station could hear Mr. Sun's agonized, painful screams. They continued until 5:00 a.m. the next morning.

When they were torturing Mr. Sun, the officers yelled, "We simply have no human nature. We have beaten your wife to death. If you die here, it is just another 2000 yuan."

On the evening of March 30, the police again beat Mr. Sun and "split his hip" and kicked his left foot hard. While they tortured him, they asked him if it hurt. Mr. Sun's left leg swelled up badly and became black and purple. It was injured to the point that he could not stand or walk. Mr. Sun became bedridden and he could not take care of himself.

On March 31, police officers carried Mr. Sun to the Dashagou Detention Center in Qingyuan County and detained him there. Ever since, Mr. Sun's left leg has been disabled. While at the detention center, the pain kept him bedridden for more than a month. Detention center officials took Mr. Sun to the Qingyuan County Central Hospital for an examination. The diagnosis was nerve damage. On May 25, an examination at the Fushun City Central Hospital showed injury of the common peroneal nerve. On June 12, Shenyang Medical University Hospital examined him and found injury to the sciatic nerve. After some time Mr. Sun's left leg and foot showed significant atrophy and became thinner than his right leg, with the left toes curved and deformed.

Although Guan Yong and other police at the Fushun Domestic Security Division had beaten Mr. Sun so severely that he became disabled, they were not held responsible. Instead, on September 18, 2006, Qingyuan County Court sentenced Mr. Sun to five years of imprisonment. The prison refused his admission because of poor health, but he was not granted release for medical reasons.

It was said that Zhang Zhiwen of the Appeals Office of the Qingyuan County Police Department took Mr. Sun Hongchang to do an evaluation for medical parole. Mr. Sun is qualified for a medical parole and the police department had already agreed to release him. However, Guan Yong was afraid that his criminal acts would be exposed, so he managed to prevent the police department from releasing Mr. Sun.

Mr. Sun's relatives and friends tried to find a lawyer for him. The lawyers in Qingyuan County did not dare to take the case. Some friends found a lawyer from Fushun City, but threatened by the judicial and police departments, he gave up the case after it was underway.