Falun Gong practitioner Mr. Zhang Litian died on November 17, 2008 in Jinzhou Prison in Liaoning Province. Inmates from Jinzhou Prison's No. 20 Section found a way to send out an appeal letter, exposing that Mr. Zhang was cruelly beaten to death by guards and inmates in the No. 20 Section.

Below is the letter from the inmates in the No. 20 Section:

Plaintiff: Inmates in the No. 20 Section, Jinzhou Prison, Liaoning Province

We are inmates in the Liaoning Province Jinzhou Prison No. 20 Section. This letter contains what all of us inmates want to say from our hearts: Help us! The management here is a big mess, the guards are very cruel and violent. In 2008 alone, three inmates died here, two were beaten to death by other inmates and one was forced to take poison to commit suicide.

We have committed crimes and been locked up in prison, but we have the right to live; none of us wants to be the next one beaten to death. Thus, we have to expose what is happening in this prison to the relevant institutions.

Chen Jun, section chief of the Jinzhou Prison No. 20 Section is a contractor controlling the finances. He always forces us to work overtime. We often work until 9:00 p.m. and sometimes even all night, and we are not given any extra food. The dinner in the afternoon is plain steamed bread made from moldy corn powder. We become very dizzy because of hunger while working at night, but we are forced to work the next day. If anyone tries to rest a little, he will be beaten by assistant chief of the section, Zhang Baozhi. The way Zhang Baozhi beats people is very brutal. He has two goons, inmates Li Yong and Liu Peiyan, and they often beat people after Zhao Baozhi finishes beating them. They are as brutal as Zhang Baozhi. Mr. Zhang Litian, who was beaten to death a few days ago was a typical example.

Next we will briefly explain how Mr. Zhang Litian was beaten to death by Zhang Baozhi and his goons.

Mr. Zhang Litian was sent here because he practiced Falun Gong. After he came, Chen Jun and Zhang Baozhi forced him to work and punished him by forcing him to stay standing. If Mr. Zhang Litian protested the abuse, they would beat him. On October 17, 2008 around 9:00 a.m., someone was given the order by Chen Jun and Zhang Baozhi to take Mr. Zhang to the second floor lounge. They told inmates Li Yong and Liu Peiyan to beat Mr. Zhang, and Zhang Baozhi himself also beat Mr. Zhang. At noon, we didn't see Mr. Zhang come down for lunch. Later we heard Liu Peiyan showing off to others by saying, "I totally beat that Falun Gong practitioner up." He even made poses to show how he beat Mr. Zhang. Mr. Zhang Litian was an honest man. He was very nice, he would give any of his own belongings to people, and he never cursed. We were all very angry when we learned that he had been beaten.

At 1:00 p.m., the inmate who was on duty at the center office said that Mr. Zhang Litian was still on the second floor and he had been beaten several times already. During lunch time, at least four inmates saw Mr. Zhang ask for water, but nobody dared to give him any water because Li Yong and Liu Peiyan stood by him. Someone saw the goons drag Mr. Zhang Litian outside of the building to let him freeze in the cold weather, and then they beat him again.

Around 2:00 p.m., we heard the news that Mr. Zhang Litian had been beaten to death; we were all shocked. His body was carried out by Li Jingang, Du Haitao, Li Jun and other inmates from the second floor. They said Mr. Zhang leaned against the wall in a corner and passed away, his eyes were wide open, he couldn't even rest in peace. They used a small cart to take Mr. Zhang's body to the hospital. The people at the hospital even said, "He's already dead, why are you bringing him to the hospital?"

There is nothing more important than a life. We ask any relevant department or agent to pursue justice, completely investigate this crime (please do not let Chen Jun or Zhang Baozhi arrange inmates for investigation). Please use the law to punish the killers: Chen Jun, Zhang Baozhi, Liu Peiyan and Li Yong. We are all in this together and we are very angry, we all would take the stand as witnesses to Mr. Zhang Litian's murder. If the killers are not brought to justice, we don't know which one of us will be next to be beaten to death. We live in fear every single day.

We run a great risk in asking somebody to take this letter out of the prison. We really hope these problems can be solved as soon as possible.

From the No. 20 Section inmates in Jinzhou Prison

The criminal suspects are: 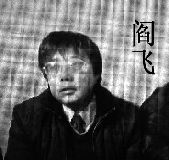 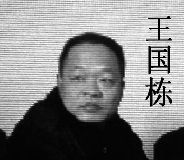 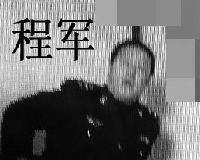