Divine Performing Arts (DPA) International Company staged a show at the Hitomi Memorial Auditorium in Tokyo on the evening of February 11, 2009. Many professional artists attended. They got to experience the greatness of Chinese traditional culture and said the performance was exceptionally marvelous.

Mr. Isogai, a Japanese musical instrument expert, is one only five experts in the entire world able to repair "automatic music playing instruments." Mr. Isogai was deeply moved after watching DPA and believes that the show is exactly what people need in the current economic crisis. 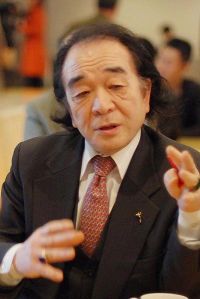 Mr. Isogai has a very acute sense of music. He praised the singers in DPA and spoke highly of the dancers, saying the whole show gave people a very pleasant feeling. "I was deeply impressed with a feeling of serenity and softness. The singing is of a very high standard, both in terms of technique and quality of voice. The alto's voice is truly low for a female, between that of male and female. I am eagerly confident and very happy to promote this wonderful show to all those around me."

Mr. Isogai was also deeply moved by the lyrics of the songs, saying the words carried a message of kindness, "The content of the songs is very good. Nowadays, people pay too much attention to money. We must not lose the kindness gods have created for us; we must always keep it."

He believes the success of DPA lies in its spiritual strength. "When you walk into the world of DPA, you will feel that the materialistic world has become trivial, and that is why arts such as this are especially important when there is an economic crisis," he said.

Minister of the Japanese Folk Dance Union: I experienced perfection

Ms. Yamaguchi, minister of the Japanese Folk Dance Union, attended the DPA show for the first time. She was wearing an elegant, grey-colored traditional Japanese kimono for the occasion. She said with excitement after the show, "It's really touching. I am so grateful the show is here." 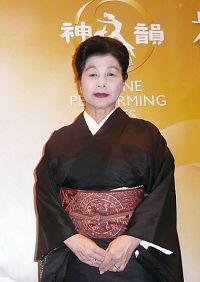 Ms. Yamaguchi said politely in the traditional Japanese manner, "I'm truly grateful to the gods, and I've learned a lot. I think I am going to integrate some things into our dances, too. For example, the fans in the [dance] 'Welcoming Spring' are like magic. All of a sudden, they transformed and gave people a very pleasant feeling."

She highly praised the dancers, saying they performed as one body, "They didn't make any individual stand out. Everyone strove to embrace the theme enthusiastically. This method of performance is very good," she said.

Ms. Yamaguchi has extensive experience in Japanese traditional dance. She thinks Japanese dance is still far behind compared with DPA, "I experienced 'mental perfection' from Chinese classical dance," she said in admiration. 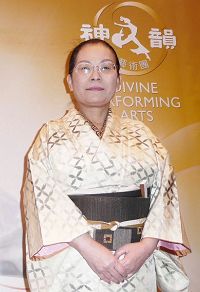 It was the second time that Ms. Hisashi Aoyagi, a Japanese folk dance teacher, had seen a DPA show. She said the show was even more exciting than last year's. "The show is moving, and the lyrics and subtitles of the songs on the screen are very easy to understand. I experienced an abundance of energy."

She thinks the gestures and steps of DPA dancers are different from those of Japanese dance. "The dancers' footwork is quick, and the performers' expressions are wonderfully vivid. That style is just one-of-a-kind, very attractive," said Ms. Hisashi Aoyagi.

Director of the Japanese Light Opera Association: Music and dance are in perfect harmony

Ono Ze, legal consultant of a finance group and director of the Japanese Light Opera Association, attended on the evening of February 11. He spoke very highly of the show. "The dance movements are very smooth and natural, the costumes are very colourful, and the music and dance matched in perfect harmony," he said. 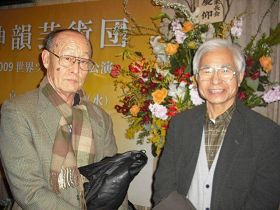 Mr. Ono Ze found the costumes very colourful and exquisite, not extravagant or tacky. He said with apparent joy, "This is a truly wonderful show; the dance movements are very natural and smooth. This is the first time I have seen such a perfect show on stage."

He was deeply impressed with the scene of heaven on stage, a scene that symbolizes peace. He said, "Such a peaceful, elegant, and spectacular stage performance can have a positive impact on Japanese society."

Ono Ze said that DPA is introducing Eastern traditional culture to the whole world, and that was a great endeavor, "I hope the people in mainland China can also enjoy the stage arts of DPA."

Indian dancer Lalida Sakhi was mesmerized by the Chinese classical dance and said, "I did not expect to see such a high standard of performing arts. I was very touched." 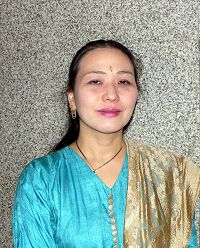 Lalida Sakhi knows a grea deal about China's traditional culture and finds it very interesting. She was deeply moved by the first program "The Five Millennia Begin." She said, "When the curtains opened, I saw gods and fairies, a very beautiful story about the origin of human beings, very significant. It gradually led me to the contemporary time. Very beautiful, very touching."

Lalida Sakhi said that all the programs were extraordinarily wonderful, especially "The Mystical Phoenix," in which the dancers "are so beautiful, like fairies."

Recalling the program "Heaven Awaits Us Despite Persecution" she said, "There was a program that told the story of a father who was a Falun Gong practitioner. He lost his life due to the persecution. Later gods came to welcome him to heaven. It was truly moving."

Beautician: I have seen the true traditional culture of China

A Chinese-Japanese beautician, Reika, said after seeing DPA at the Hitomi Memorial Auditorium in Tokyo that she felt so proud of being Chinese. 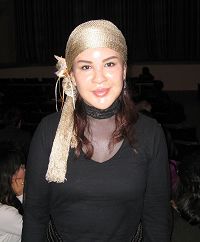 Reika saw a DPA show for the first time. She kept praising DPA, saying the show was the best of Chinese traditional culture. "We can see the true, traditional culture of China. I feel very fortunate. Chinese culture is truly outstanding."

Reika thought the costumes were very unique in terms of quality and style. She said, "The materials and the feel of them was very elegant. They display the beauty of China, the characteristics of Chinese culture. The colors on stage, the make up of the dancers, and their movements are excellent. The performance will also benefit me greatly in my work."

Japanese folk singer: The songs are for the happiness of others, very touching

Japanese folk singer Sasaki Koho was deeply touched and said, "The songs are for the happiness of others, very touching."

Sasaki Koho felt the songs were sung to benefit the world, and from the dances she could feel the spiritual inspiration in adverse situations. In the dance "Heaven Awaits Us Despite Persecution," a young father dies as a result of being persecuted for his beliefs. However, good will be rewarded with good and evil met with evil. In the end, his spirit rose to heaven. Sasaki Koho said, "The father died from torture. Although he died, he returned to heaven in the end. This is what has touched me the most. It made me cry. I understand that in this world we need to help each other, thus we can move towards happiness."

Mongolian soprano: DPA is sharing our culture with the world

Ms. Bao Jinlong, formerly a soprano in the Tongliao City Ethnic Song and Dance Troupe in Inner Mongolia, said excitedly, "DPA is sharing our culture with the world. I was very touched."

As a descendant of Genghis Khan and a soprano, Ms. Bao Jinlong had traveled to many countries to introduce Mongolian culture to the world through her singing. After the show she was filled with emotion. Still wiping away tears, she said to the reporter, "I kept crying while I watched."

Ms. Bao graduated from a performing arts academy and was engaged in vocal music for over 30 years. As a Mongolian, she loves her own ethnic culture and has her own religious beliefs. She said to the reporter, "I also believe in Buddhism and I understand very well the concept of saving people. When I heard the songs today, they touched my heart deeply."