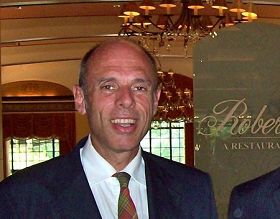 BUENOS AIRES--A recent landmark ruling was made by Dr. Octavio Aráoz de Lamadrid, the judge of the Argentine Federal and Criminal Corrective Court No. 9. The ruling ordered the indictment and international arrests of former Chinese communist leader Jiang Zemin and his right hand man Luo Gan, on charges of genocide and torture against Falun Gong practitioners in China.

The Epoch Times interviewed one of the plaintiff's attorneys, Dr. Alejandro Cowes.

Can you tell us briefly about this case and the ruling?

In short, in 2006, Judge Araoz de Lamadrid courageously accepted a complaint from the Association of the Study of Falun Dafa in Argentina, which led to the investigation and substantiation of the terrible crimes of genocide and torture being committed in Mainland China by the ruling Chinese Communist Party (CCP) against Falun Gong practitioners.

The judge has been faithful to the current trend of international law, in effect, to provide access to the pursuit of justice for victims of crimes against humanity, which is impossible in the country where the victims live and where they suffer such extreme persecution.

Last Friday, after four years of arduous investigation, Judge de Lamadrid ordered the indictments of, and issued arrest warrants for Jiang Zemin and Luo Gan, former leader and former Secretary of the Political and Legal Affairs of the Central Committee of the CCP respectively.

What are the immediate consequences of the resolution?

It was taken into account that both of the accused parties can neither be detained or extradited from China, because the same political apparatus which instigated the persecution persists in enforcing it.

However, when either of the two travel abroad, they can immediately be detained and put in solitary confinement: this order is already set in place with Interpol.

Actual extradition depends on the existence of a treaty with each individual country or, in the absence of such, the willingness of the country to cooperate, where either of these two would happen to be at the time.

And what then: once they would be extradited?

The judge would effect a signed declaration and then would decide on their trial.

In the case of Argentina, at the legal level, it is the first time extraterritoriality has been accepted in the handling of a crime. Globally, the case is also unique in the sense that it brings together the application of universal jurisdiction, the recentness of the crimes, and the first arrest warrant among the many crimes of which the communist dictatorship in China is accused.

There is a very similar case in Spain, in which Judge Ismael Moreno sent, via diplomatic channels, a rogatory letter [letter of request] to those accused, but the arrest warrant is still pending and the deadline for them to respond is not up yet.

In particular, besides the legal precedent, what stands out is the magnitude of the crimes being reported, involving the extreme victimization of at least 100 million innocent people, are in danger of being arrested illegally, tortured and even risk being killed for their organs, as part of an extensive, systematic persecution aimed at uprooting them from their legitimate spiritual belief.

But principally, one has to especially take into consideration the fact that these crimes are not in the past, but are still being committed. At present, most cases of crimes against humanity are crimes committed ten, twenty or even seventy years ago.

Here, it is not about looking for justice to condemn who committed a wrong in the past, which, of course, is very important. In this case, based on conclusive evidence, Judge Araoz de Lamadrid has decided to prosecute those responsible for crimes already committed, and which are still being committed, and this could be the beginning of the end of the persecution, that has about a half million persons missing.

What kind of evidence was admitted to the investigation?

Declarations from dozens of witnesses, who made long distance trips to Argentina from North America, Europe and Oceania, in order to provide a raw and very concrete image of the sinister face and attitude towards human rights maintained by the CCP; other audiovisual evidence, and also numerous research reports published by independent organizations and individuals widely recognized in the area of human rights.

Among the reports presented were: the report of the 62nd session of the Human Rights Commission of the United Nations, prepared by the Special Rapporteur on Torture, Manfred Nowak, the "Report into Allegations of Organ Harvesting of Falun Gong Practitioners in China," prepared in 2006 by David Kilgour (former MP and former Canadian Secretary of State for the Asia-Pacific Region) and David Matas, a renowned human rights lawyer who has been widely recognized for his human rights work, and his role in organizations like Amnesty International.

The Persecution has been ongoing since 1999, and the principle of universal jurisdiction is not new either, so why is it only now that a decision like this has come out?

Obviously the laws do not function by themselves, and the same is true for legal procedures; ultimately, even with the legal and judicial tools, it is still up to human beings to make decisions.

Confronted by Evil, human beings can: be indifferent, or join in solidarity with the victims, in a way that each considers most appropriate. In the case of a judge like Araoz de Lamadrid, there is no alternative but to investigate: trying to get to the truth and make a judgment, when he is convinced that a crime has been committed--and this is just what he did.

We all have a moral code that obliges us, [it is] so intimate--to discern if something or someone is good or bad. From my personal perspective, the judge decided to try the representatives of a regime, not only by the laws, treaties and the principles correctly cited in the decision, which legitimize and legalize it, but also in accordance with a moral code.

What meaning does this decision have for Argentina, for China and for the international community?

For Argentina, the country is playing the lead role of a most efficient and accurate administration of justice, against the abusive behavior of an authoritarian state, that does not hesitate to commit horrific crimes against its own citizens, for merely exercising their natural freedom of thought, as aligned with their convictions. This places our country in the forefront of the enforcement of international law in the defense of human rights, and as an example of a direction--which the world today needs now more than ever before--to follow. At the very least, it can be said that Judge Aráoz de Lamadrid has attained this level; what is left to be seen is whether the country can come up to the same level as the judge.

For China, or rather the Chinese people, it means that this could be the beginning of the end of a dictatorship that has been in power for 60 years, exercised through a bloody repression that has claimed more than 85 million victims.

And for the international community it is a wake-up call. This judge, through this courageous decision, has faced the representatives of a monstrous power that dominates minds and wills through money obtained from exploitation and oppression of it own people, those who are sick and tired of the ruling regime.

What does this case and this latest decision mean to you personally?

I remember, like it was yesterday, the words of Alexandru Victor Micula, the Ambassador of Romania in Argentina, at the International Seminar 'Socialist experience and transitions' (Experiencia socialista y transiciones), organized by CADAL, the Hayek Institute and the Department of History at the University of Belgrano. The event marked the anniversary of the fall of the Berlin Wall, in November 2005. He said, "There isn't anyone who has not lived under a communist dictatorship that can have any idea what it means." He was referring to the control by the ruling party from birth to death of people in all aspects of life, and that represented the unbearable oppression for his people.

However, I can state that in these four years spent on this research, the reports and literature that I have read in this connection, the conferences I have attended, the statements of witnesses which I have heard, [these things] have led me to only the crudest understanding of the meaning of those words spoken by Alexandru Micula.

That's why I do not regret having started and continued until this moment, fighting for the truth that exposes the cruelty of the communist system, a system which represents much more than the appropriation of large properties and the expulsion of multinationals.

It constitutes the maintenance of an oppressive, police-like state, lacking any type of freedom of worship, association, thought, and ultimately of freedom as a whole, as it is understood in free western democracies.