(Clearwisdom.net) In an interview with the Epoch Times, Malaysian human rights lawyers support the Spanish National court's recent decision to accept charges of genocide and torture in a case filed against five high-ranking Chinese officials for their roles in the persecution of Falun Gong.

Indictments have been issued for Jiang Zemin, former head of the Chinese Communist Party and believed to be the instigator of the persecution of Falun Gong, and Communist Party officials Bo Xilai, Luo Gan, Jia Qinglin and Wu Guanzheng. The defendants have 4-6 weeks to reply and could subsequently face extradition if they travel to a country that has an extradition treaty with Spain.
Falun Gong is a traditional Chinese spiritual discipline that was practiced by 100 million people in China. It was initially supported by the CCP as promoting health and social harmony, but was suddenly declared illegal in 1999 and violently persecuted.

Mr. Edmund Bon, renowned human rights lawyer and Vice President of the Coalition to Investigate the Persecution of Falun Gong (CIPFG) Asia, welcomes the decision by the Spanish court. 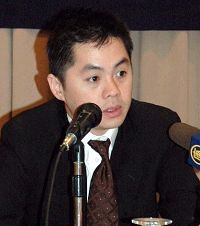 Mr. Bon said that the perpetrators of crimes against humanity can usually get away with it via diplomatic immunity. Their actions are immune to prosecution so long as they act in an official capacity. However, there is an exception where laws of universal jurisdiction exist in countries such as under the "Aliens Tort Act" in the United States. If the leader has been indicted or charged with serious crimes such as crimes against humanity, which includes genocide, then diplomatic immunity does not apply.

"The court case against Jiang will definitely increase awareness and sensitization among leaders and pressure despots not to continue to commit crimes against humanity. Leaders who have perpetrated these crimes will have problems traveling to countries where they have been indicted and it therefore serves as a deterrent to all leaders to ensure that they do not commit crimes against humanity," he said.

Mr. Bon urged other countries to follow suit, "Countries such as America and Spain have laws which allow litigants to commence actions against leaders of other countries for crimes committed in those countries. More litigants may now file cases, and hopefully, the courts will follow the footsteps of the Spanish judge."

Justice will catch up

Another high profile human rights lawyer in the country, Mr. N. Surendran told the Epoch Times that he is overjoyed by this latest development. 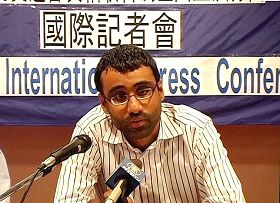 Mr. N. Surendran is in charge of Malaysians Against the Death Penalty and Torture

Mr. Surendran said there are two very important developments in this decision, "The first thing is that the very fact that the Spanish court has gone to the extent of issuing the warrant for Jiang Zemin to answer the charges against him. It goes to show that there is enough evidence to show that these kinds of abuses are being perpetrated by the Chinese government against the practitioners of Falun Gong."

"The second thing is, for the first time, a national court has declared that they will go after people who have perpetrated the crimes against humanity, even if it does not occur on their soil. This is not just an important development to end the persecution against Falun Gong--it is an important development in the whole battle against monsters who committed genocide, mass murder and torture people by hundreds of thousands," said Mr. Surendran.

"Spain has led the way to the new frontier in stopping these kinds of abuses. I think that apart from putting an end to the persecution of Falun Gong, it will also send a message to those who are carrying out genocidal activities, that one day; justice will catch up with these criminals. If you come out of China, you will pay the price," said Mr. Surendran.

A mechanism to apply international pressure

Deputy Chair of the Bar Council Human Rights Committee, Mr. Roger Chan, said the Spanish Court is leading the step in the right direction to help end the persecution of Falun Gong in China. 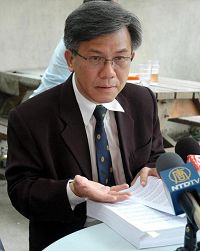 Mr. Chan said, "I feel this latest development is good because it raises consciousness. It is a very important step in the enforcement of human rights norms and practices. For addressing genocide and crimes against humanity, it is important to have an effective enforcement mechanism,"

Mr. Chan noted the time frame where those held responsible for alleged genocide will be asked to reply to the allegations. In a sense this is a chance for someone who once had the cover of sovereign immunity to come out and clear his name. If he doesn't reply, then the court will come out with an international arrest warrant against him, which means if he steps into Spanish jurisdiction or States having extradition treaties with Spain, he risks being arrested for not replying to these allegations."

"The lawsuit will act as a mechanism to apply international pressure on China to ensure that these allegations are not glossed over. I think the actions by the Spanish court will act as a very strong pressure for the international community to think about this problem very seriously," said Mr. Chan.