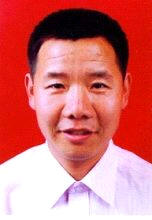 Wu Longbo and his wife were staying in her grandmother's house on Nenjiang Road, Yan'an Street at that time. The couple was stopped downstairs by police officers when they left in the morning. Wu Longbo was taken away by the police while Liu Huili was not arrested because she is pregnant.

A few days later, the police from Lianhua District Police Station notified Liu Huili to reclaim their personal belongings that were taken by police and the warrant for arresting Mr. Wu.

Liu Huili is five months pregnant. She went to Lianhua District Police Station to strongly demand the unconditional release of her husband. Lianhua District Police shrugged off their responsibility and said, "Changyi District Public Security Bureau is handling this case, you should ask them." Liu Huili then went to Changyi District Public Security Bureau. The doorman ruthlessly turned her away and said, "The case is not resolved, you have no right to know anything!"

During Wu Longbo's detention, Liu Huili was only able to visit him once. Wu Longbo is very thin and haggard and his health is very bad. Liu Huili is very worried and has exhausted herself rushing around to rescue her husband.

Wu Longbo is 37 years old and Liu Huili is 27 years old. The couple have no stable jobs due to the long term persecution. They only had limited savings. Now Wu Longbo has been illegally detained for more than a month. Liu Huili is living alone and is being monitored by the police.