October 11, 2009 |   By a Clearwisdom correspondent from Gansu Province, China

(Clearwisdom.net) It has been one year and three months since sixty-year-old Lanzhou Falun Dafa practitioner Ms. Chen Guifang was "illegally imprisoned" in the Lanzhou City Law prison, actually a brainwashing center at Gongjiawan. The brainwashing center refused to release her because she would not renounce the practice and teachings of Falun Gong. 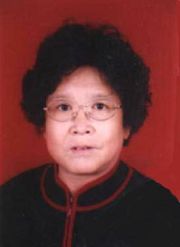 Ms. Chen Guifang lived in the family compound of the Gansu Electricity Transformer Plant at in the Chengguan District. According to the people who were there when the Lanzhou City Police Department arrested her, she was alone without any family members with her. She was taken away dressed only in her pajamas .When family members went to the brainwashing center to see her, they were told she would be released after the Beijing Olympic Games in 2008. However, she was not released after the Olympic Games so her family members went to the brainwashing center again. They were then told that she would be released after October 1st. When she was not released even after October 1, they were told that she would not be released until if she renounced her practice of Falun Gong.

Chen Guifang remains resolute in her belief. In 2009, she went on hunger strike to protest the illegal persecution, for which she was beaten.

According to sources, around the time of Beijing Olympic Games in 2008, thirty-five Dafa practitioners were arrested and sent to the Gongjiawan Brainwashing Center. A report dated February 26, 2009 on Minghui website, reported eleven Dafa practitioners who had been detained there since February 21, 2009, went on a hunger strike to protest. A report dated May 3, 2009, on the Minghui website reported: "On April 27, police and inmates force fed Dafa practitioners Niu Wanjiang, Su Jinxiu, Du Wenhui and Chen Guifang who were handcuffed to the bed rails on the first floor until 3am. Su Jinxiu, Du Wenhui and Chen Guifang were released. But Niu Wanjiang who had been on a hunger strike for nine days remained handcuffed to the bed rails."

Family members of practitioners went to see them at the brainwashing center and most times they were not allowed to see them.. Family members found Chen Guifang was very weak with a pale face and they are very worried about her health.

Since 2001, Gongjiawan Brainwashing Center has "illegally detained" three hundred Dafa practitioners. According to Minghui website, two practitioners have been persecuted to death there.

Forty-eight-year-old Ms Liu Zhifang was a pipa player at the Gansu Provincial Yu Opera Troupe. She was arrested and sent to the brainwashing center in July 2005 for the second time. Because she refused to write the "transformation reports", she was locked in solitary confinement. Police handcuffed her arms behind her back on a long term basis. She was tortured to death at the end of July.

Sixty-five-year-old Mr Qian Shiguang was a retired senior engineer of the China Research Institute of Petroleum Exploration. He was detained several times and was sentenced to forced labor three times. He was tortured and his life was endangered several times. He was arrested on May 27, 2005 again and was detained at the Gongjiawan Brainwashing Center. He had been tortured for three years and on September 8, 2008, he was persecuted to death .

The Gongjiawan Brainwashing Center has detained the following Falun Gong practitioners on a long term basis:

Mr Niu Wanjiang, forty-nine years old, was employed by the Lanxi Locomotive Terminal of the Lanzhou Railway Bureau. He was sentenced to three years in jail and was detained at the Lanzhou Prison. After his sentence was due, he was transferred to the Gongjiawan Brainwashing Center on September 15, 2005. He has been persecuted there for over four years.

Ms Su Jinxiu, a forty-seven years old peasant from the Pingan Village, Honggu District, Lanzhou City. She was sentenced in 2006 and was detained at the Gansu Female Prison for over a year. In September 2007, officials from the Township Government and police from the township police station arrested her and sent her to the Gongjiawan Brainwashing Center. She has been persecuted there for over two years.

Ms Du Wenhui, forty years old, was a Dafa practitioner from Qilihe, Lanzhou City. In April 2008, policeman Wei Dong from the Xiyuan Police Station at Qilihe colluded with officials from the Comprehensive Management Office and the 610 Office arrested her and sent her to the Gongjiawan Brainwashing Class. She has been persecuted there for one and a half years.

Ms Hou Yanqing, fifty-seven years old, a retired worker of the Lanzhou Transportation Company. In February 2002, his work unit sent him to the Gongjiawan Brainwashing Center and he was detained there for over a year. On March 8, 2008, her husband beat her until she fainted and then together with police from the Tuanjiexincun Police Station sent her to the Gongjiawan Brainwashing Center. She has been persecuted there for one and a half years.

Mr Zhao Tinger, sixty-five years old, is a retired worker from the Aircraft Controlling Instrument Factory. In October 2004, he was sentenced to four years in jail and was detained at the Lanzhou Prison. On May 2, 2009, when he was having lunch at Linxia where he was waiting to switch the bus to his hometown, the local police arrested him. He was detained at the Linxia Detention Center for fifteen days. Wang Chenggang from the Security Department of the Aircraft Controlling Instrument Factory sent him to the notorious Lanzhou Gongjiawan Brainwashing Center where he remains to this day .

Mr Yang Xuegui was forty-four years old and was an officer at the General Service Office of the Lanzhou City Second People's Hospital when he was imprisoned for eight years and tortured physically and mentally. On September 10, 2009, the 610 Office at the Chengguan District Lanzhou City arrested him again and sent him to the Gongjiawan Brainwashing Center.