(Clearwisdom.net) Falun Gong practitioner Mr. Guo Hanpo was 56 years old and lived in Wangguantun Village, Nanchentun Township, Cangzhou City, Hebei Province. Early in the morning of April 5, 2008, Guo's family received a notice from Baoding Prison, saying that Guo was receiving emergency treatment. Prison officials told his family to see him as soon as possible. They rushed to the hospital, but Guo was dead. Later, prison officials told them that Guo died on the way to the hospital. The two explanations were quite different. 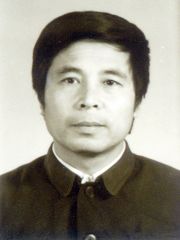 When Guo's family inquired about the cause of death, the prison dodged the question and said Guo died of a stroke. The prison did not allow the family to take Guo's body back for burial in Cangzhou City. Instead, Guo's body was hastily cremated in Baoding City. Prison officials called the Cangzhou 610 Office and colluded with each other to coerce Guo's family to accept their will.

Guo Hanpo's mother, in her 80s, was waiting at home for her son to return. When the rest of the family returned with an urn filled with her son's ashes, she fainted several times. She cried and shouted: "Give my son back! Let me die instead of him!"

In 2001, Guo Hanpo was arrested by Cangzhou police because he practices Falun Dafa. He was held for more than one year before finally being illegally sentenced to 11 years of imprisonment. He was detained in the Baoding Prison (i.e. the Hebei First Prison). Guards and "transformed" people tried to brainwash him. Several prisoners watched him around the clock. He was often confined to his cell for long periods. He was not allowed to have a full meal while doing heavy labor. Several years of torture forced his blood pressure up to 200. Under mental and physical torture, he became emaciated, losing the very healthy and strong body he earlier had. He looked totally different. Later on, although the guards did not force him to do labor, they tortured him mentally. Last year, his family members went to the prison to ask for his release. The prison did not release him until he died.