(Clearwisdom.net) On March 8, Falun Gong practitioners from New York State participated in the St. Patrick's Day Parade in White Plains for the fifth time. More than 60 groups took part in the parade. 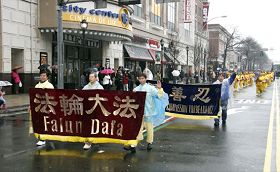 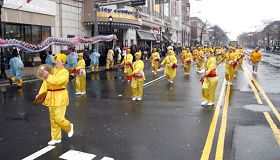 Mr. Joseph Delfino, the mayor of White Plains, welcomed each group. John Martin, the organizer of the parade, said he was delighted to have a group representing Chinese culture in the parade.