(Clearwisdom.net) Before the Olympics, the Chinese Communist regime used the Games as an excuse to arrest Falun Gong practitioners on a large scale. In mid-July 2008, Beijing police arrested renowned oil painter Mr. Fan Yiming and sentenced him to two years of forced labor. 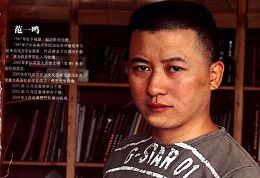 Mr. Fan was born in Fujian Province in 1967. His interest in painting started at a very young age. In 1991, he graduated from the Oil Painting Department of Central Fine Arts College and began his professional career as an oil painter.

Mr. Fan's artwork has been exhibited in China and abroad, with many famous people in Europe and America purchasing his art. In 2001, he was commissioned to paint a portrait for former British prime minister Mr. Edward Heath and to head a cultural and arts exchange project between Britain and China.

Between 2001 and 2003, Mr. Fan held three private art exhibits in Hong Kong and a separate one in London in 2004. In September 2004, Beijing Industrial and Art Publishing Press published the book "Go the Same Way," which is a special edition of Mr. Fan's finest oil paintings. In October 2004, he participated in the first "Go the Same Way" oil painting exhibition which was held at the Beijing International Arts Academy. In November 2005, he participated in the second "Go the Same Way" exhibition which was held at the Jinri Arts Museum in Beijing. 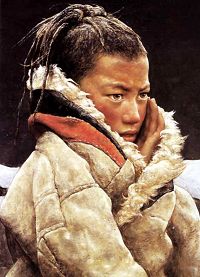 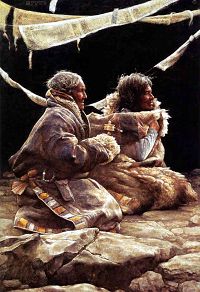 Between January and July of 2008, at least 586 practitioners in the Beijing area were arrested, including the famous folk musician Mr. Yu Zhou and his wife Ms. Xu Na. One day while Mr. Yu and Ms. Xu were driving home from work, police officers stopped, arrested, and then imprisoned them. Eleven days later, Mr. Yu's family members were handed a small jar containing Mr. Yu's ashes. Ms. Xu is still imprisoned.