On September 27, Falun Gong practitioners were invited to the Tulip Festival parade in Bowral, a suburb of Sydney, Australia. Practitioners have attended this parade five years in a row. 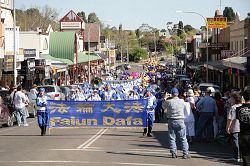 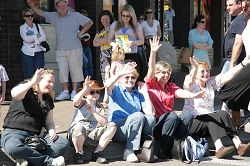 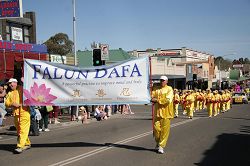 The parade set off from Bong Bong Street at 2pm. The Divine Land Marching Band and the waist drum team, both consisting of Falun Gong practitioners, performed during the parade. Spectators warmly welcomed their performances, and practitioners passed out many flyers introducing them to the practice.