On November 24, 2007, Falun Gong practitioners from New Zealand were invited to take part in the annual Christmas Parade in Rotorua. 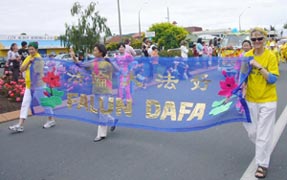 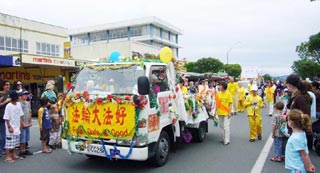 Practitioners passed out many hand-made paper lotus flowers, which were greatly welcomed by the spectators.