Since 2005, Falun Gong practitioners in Malaysia have made diligent progress on the path of Fa rectification. They openly clarified the truth and exposed the evil, and they continuously improved themselves and broke through barriers and restrictions imposed by the environment and resources. They have increasingly matured. The following describes their improvement.

1. From Inside to Outside

Due to restrictions imposed by local law, the police must approve outdoor activities, but usually they are not approved. The practitioners, therefore, initially held activities indoors, including press conferences and anti-torture exhibits.

On January 16, 2005, Falun Gong practitioners in Malaysia held an anti-torture exhibit inside a Kuala Lumpur hotel conference room. The exhibit included real people's reenactment of the tortures and artworks themed "Indomitable Spirit." The anti-torture exhibit exposed the Chinese Communist Party (CCP) and the Jiang group's brutal persecution of Falun Gong practitioners of Truthfulness-Compassion-Forbearance, and deeply moved people who saw them. 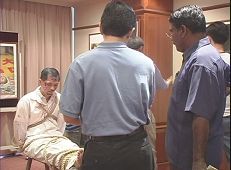 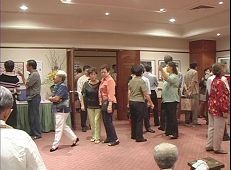 In 2000, not long after the CCP and Jiang first started persecuting Falun Gong, the atmosphere was suppressive. Local practitioners have since then been going to Peoples' Park in Klang City, Selangor Province once a week to practice the exercises and clarify the truth.

Because of the constant stream of visitors, the practitioners decided to first hold anti-torture exhibits at the People's Park. The exhibit held on April 17, 2005 revealed the cruel persecution and shocked people during their morning runs. Large crowds gathered and learned the truth. 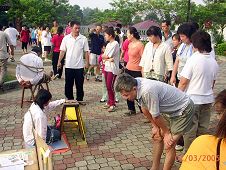 People gathered and learned the truth 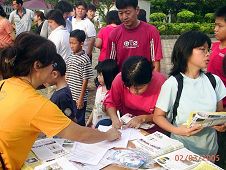 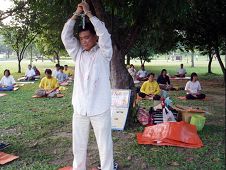 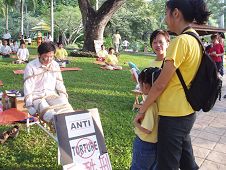 On May 22, 2005, anti-torture exhibit at Taman Perbandaran Park in Penang 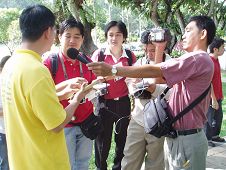 Many media came to interview the practitioners

2. Holding up Banners in Front of the Chinese Consulate to Protest the CCP's Persecution of Falun Gong

As far as the police are concerned, the consulate is a "sensitive area." Large groups of police would usually disperse crowds that gathered to protest and peacefully appeal in front of consulates. Malaysian practitioners overcame tremendous pressure and barriers and peacefully protested in front of the Chinese consulate in Malaysia for two days on March 11 and March 12, 2005. They called for an end to the CCP's brutal persecution against Falun Gong practitioners. The practitioners clarified the goal of the protest and the truth about the persecution to the police. The police were eager to know the truth and asked for materials from the practitioners. The kind act of the practitioners touched the police, who gradually learned the truth about Falun Gong. 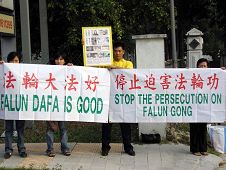 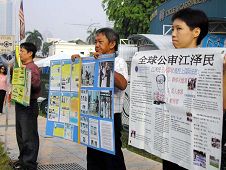 3. Broadcasting the Truth with Large-screen TV

Malaysia is a country where relatively strict control is imposed on speech and assembly. The police have stringent restrictions on disseminating information in public with a large-screen TV and loudspeakers. Few groups and individuals have conducted these kinds of activities. With firm righteous thoughts to clarify the truth, practitioners again broke through their notions and broadcast Dafa truth clarifying videos and the Nine Commentaries on the Communist Party; they exposed the evil and clarified the truth to people. As of late 2005, the practitioners went to evening markets in Malaysia to broadcast videos, including the Nine Commentaries and truth clarification tapes. They transmitted the truth via loudspeakers, shocking the evil and awakening the people. 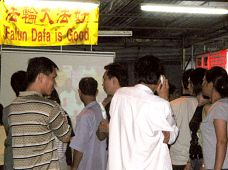 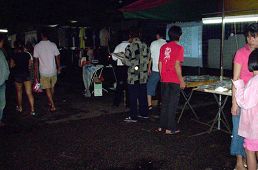 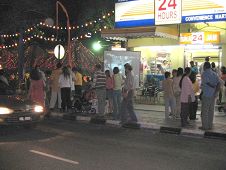 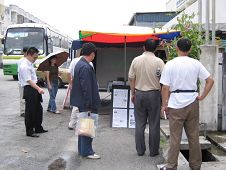 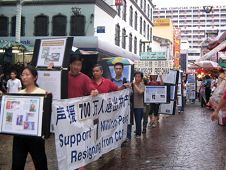 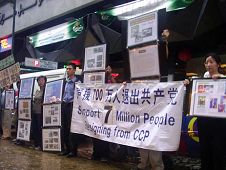 In January 2006, Falun Gong practitioners held a rally and parade on Petaling Street, a tourist attraction in Kuala Lumpur, to support seven million people who quit the CCP and its affiliated organizations. 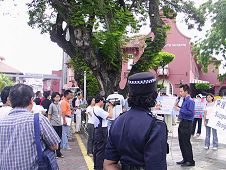 In March 2006, a rally was held at Malacca to support nine million people quiting the CCP and to condemn the CCP's atrocities of harvesting organs from living people. The police, tourists and locals learned the truth during this activity. 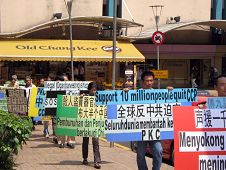 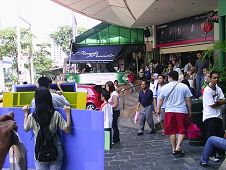 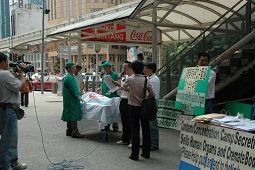 Reenactment of the CCP's atrocities

After learning the truth about Falun Dafa, many Malay people supported Falun Gong and invited the practitioners to join their activities to help more people learn the truth. One young man walked by a practice site and learned the truth. He said his school, Universiti Teknologi Malaysia, was going to hold a 2005 graduation celebration party. He invited the practitioners to participate in the party to enrich the program and to educate the public. The school later decided to add Falun Gong exercises as a school activity. Falun Gong practitioners wearing yellow T-shirts taught the exercises to about 100 university students. After the demonstration, some students asked to increase the exercise time and school officials approved their request. The practitioners divided the students into small groups and had discussions with them. They had a good time. 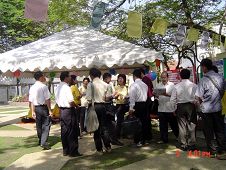 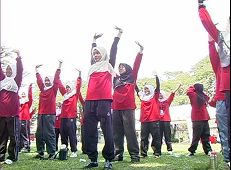 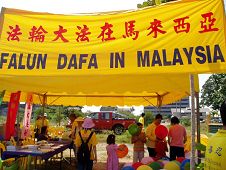 After learning the truth, the sponsor and government officials allowed the practitioners to set up a booth, distribute truth clarification materials and clarify the truth.

6. Creating an Environment to Clarify the Truth to the Public

There were miracles while the practitioners were creating an environment to clarify the truth in Malaysia. The practitioners once held an anti-persecution parade and gathered at Petaling Street, a tourist attraction site. Passing-by journalists stopped and interviewed the practitioners and asked, "How come the police didn't disperse you? Two days ago a human rights organization was also trying to have a parade, but the police quickly dispersed them." Aside from government activities, other groups in Malaysia who hold parades and gatherings are under much restriction, and usually the police will arrive and disperse the group. With firm determination to "clarify the truth and rescue people" the practitioners successfully held many activities, which is a first in Malaysia.

Looking back, when the practitioners first distributed truth clarification materials in Malaysia, personnel from the Internal Affairs Bureau issued an ultimatum saying, "Do not distribute flyers with content that interfere in other countries' internal affairs." Local practitioners broke through a great hindrance and created an environment for clarifying the truth. At the same time they also brought the blessing of Falun Dafa to more people. In a Southeast Asian country the CCP had penetrated a long time ago, the practitioners persisted in clarifying the truth despite great pressure, which shocked and suppressed the CCP and Jiang's group!

Malaysian practitioners will continue to clarify the truth with rock-solid righteous thoughts until this persecution is completely brought to an end.