On June 29, 2005, the Jinan City Detention Center, which was located in Liuchangshan in Jinan City, relocated and is now housed in Shangdianzi Village in Zhong-gong in the Central District of Jinan City. It has been upgraded and renamed "Shandong Province Detention Center." Liuchangshan Detention Center had been a major site for the Communist Party to persecute Falun Gong practitioners since July 20, 1999.

Falun Gong practitioner Wang Fengyu from Laiwu City was sentenced to nine years on May 7, 2004, after being incarcerated in the Jinan City Detention Center for several months.

On December 20, 2004, Ms. Meng Lijun, a practitioner from Zhangqiu City, was arrested by officials from the Jinan City 610 Office and the Jinan City Police Department's Tianqiao Branch. She was incarcerated in the Liuchangshan Detention Center and protested by going on a hunger strike for over two weeks. The criminals locked her onto a torture device called the "Dragon Bed" for over ten hours, force-fed her, and brutally tortured her. Ms. Meng was not released until she was on the brink of death.

Mr. Zhang Kunlun, former head of the Sculpture Research Center of the Shandong Art Institute and professor in the art department, was granted Canadian citizenship in 1995. In April 1996 he went to China to look after his elderly mother and continued to practice Falun Gong. On the night of July 1, 2000, Kuyuan Road Police Station officers arrested him for handing out truth-clarifying materials. On July 3, Professor Zhang was transferred to Liuchangshan Detention Center and was incarcerated for a month.

On the night of January 13, 2001, six practitioners, including Ms. Xu Fayue from Jinan City, a student from the Shandong Mining Institute (enrolled in 1997), were sent to the Liuchangshan Detention Center. After staging a hunger strike in protest for five days, Ms. Xu Fayue was tied to the "Dragon Bed" and force-fed. Her arms and legs were bound tightly, only a thin quilt covered her, and her hands and legs were exposed. She was not released to use the restroom and had to soil the bed. In the end, part of one of her big toes, part of one her small toes, and all of one of her third toes became frostbitten and had to be amputated, which led to a permanent foot disability.

Practitioner Ms. Wang Wei, a Master's degree student, was arrested in 2001 by personnel from the 610 Office in the Lixia District of Jinan City and the Dianliu Police Station. Her child was only seven months old at the time she was in custody in the Liuchangshan Detention Center. Ms. Wang was sentenced to five and a half years, after a prolonged detention of one and a half years. Other practitioners also suffered the same plight.

According to the The Jinan Times, the Liuchangshan Detention Center, "has been overcrowded for many years, and all the equipment was out-of-date. Further, as the number of detainees is large, it can no longer meet the new demand. The Jinan City Police Department, therefore, spent a huge amount of money to build a new detention center in the southern mountain area. The new facility occupies a land area of over 100 Mu (16.5 acres), with a total construction area of 36,000 square meters. The construction of the new detention center was started in December 1999, was put in use at the beginning of 2005, and is the most modern detention center in Shandong Province. Each cell is equipped with an advanced surveillance system. One can clearly observe everything happening in each cell in the surveillance center."

According to those involved, on December 28, 2001, while she was going to the toilet, police at the Liuchangshan Forced Labor Camp pushed practitioner Ms. Liu Jian through a window on the third floor, causing her death. 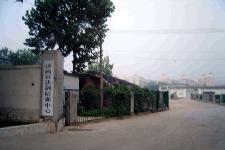