The Tragic Story of a Family in Northeast China (Photos)

(Clearwisdom.net) Mr. Guo Wenxiang's family of ten lived a peaceful and happy life. During the past 5 years, however, they have been wrongfully accused and have suffered tremendously at the hands of the authorities. Family members were often followed, monitored, and even arrested; some of them became homeless and left their loved ones behind in order to avoid being illegally arrested; some of the family have been sent to prisons, detention centers, forced labor camps, and brainwashing centers; some were tortured and some even lost their lives. This unjustified persecution has been brought upon the family simply because of their firm belief in "Truthfulness, Compassion, and Forbearance" and in their striving to be good people according to the teachings of Falun Dafa. 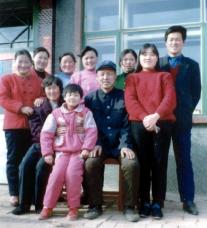 Mother, Sun Guilan, Died in 1999 Under Threats and Fear 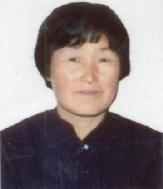 Falun Dafa practitioner Ms. Sun Guilan passed away as a result of the persecution

Ms. Sun Guilan, 51 years old, was a farmer who lived in Qingde Village, Yitong Town, Yitong County, Jilin Province. She formerly suffered from heart disease, a lung condition, bronchitis, and other ailments. All her illnesses were cured after she started practicing Falun Dafa in 1996. After seeing the dramatic changes in Ms. Sun, one by one, her husband, son, daughter-in-law, four daughters and a son-in-law all became practitioners.

After July 1999, when Jiang's regime started persecuting Falun Gong in China, Ms. Sun Guilan and the whole family of ten went to Beijing to appeal, and were arrested one by one. Local policeman Fu Lijun did a body search on them and confiscated more than five thousand "yuan." The police then repeatedly harassed Sun Guilan at home. Ms. Sun was quite disturbed emotionally by the constant threats and harassment. The threats and fear caused her to become very ill and she became bedridden. When her youngest daughter Guo Liyan was arrested at home by her employer and the police on September 20, 1999, Ms. Sun Guilan could no longer endure it. She died on September 25, 1999

Many Family Members Were Held in Labor Camps, and Their Home Was No Longer a Home

The police knew that Ms. Sun Guilan died, but they refused to allow her youngest daughter, Guo Liyan, out of detention to attend her mother's funeral. On the night of the funeral, the County 610 Office workers had a talk with Ms. Sun's son. The next day, policeman An Jingzhi from the Zhengyang Street Substation arrested Ms. Sun's son and daughter-in-law, who were in mourning. The County Political Security Office Chair Huang Naiquan (male) extorted five hundred yuan from them. Soon after, the police sentenced the father, Mr. Guo Wenxiang, their son Guo Ping, daughter-in-law Chen Xiuqin, and fifth daughter Guo Liyan to one year of forced labor. Mr. Guo Wenxiang and his son Guo Ping were sent to Siping City Labor Camp. Chen Xiuqin and Guo Liyan were sent to Heizuizi Labor Camp in Changchun City.

Suddenly, the twelve-year-old granddaughter was the only one left out of the formerly happy Guo family. She was later picked up by their relatives. It was harvest season and they had to hire people to do the harvesting. Their house was robbed since no one was home.

The Guo family members are all innocent and kind people, but their home was completely broken up. On December 4, 2003, policeman An Jingzhi and others from the Zhengyang Street Substation broke their locks twice just to make sure that no one was there.

Three Other Daughters Are Also Arrested

Around midnight on April 27, 2004, policemen Zhou Yan, Yin Hua, and others from the Zhengyang Street Substation stormed into the home of Mr. Guo's second daughter, Guo Chunyan. They ransacked the house and arrested Ms. Guo Chunyan and her husband Wang Mingyu. The police tore a sleeve off Ms. Guo Chunyan's clothing during the violent abduction, and the other sleeve was almost ripped off as well. Her hair was disheveled and her whole body was covered with dirt. Upon arriving at the detention center, policeman Bao Xiaodong painted Ms. Guo's face with ink and told the other prisoners that she was insane because of practicing Falun Gong. Ms. Guo exposed his deceit and slander later. All who heard about it became very angry with the policeman when they learned the truth about Falun Dafa.

At the same time, State Security policemen Fu Lijun, An Jingzhi, Zhang Jingyue, and others ransacked the Guo family house. The family was having dinner with two houseguests, and the guests froze in terror. The police shouted at them, but Guo Ping and his wife Chen Xiuqin escaped. The police did not find anything, but policeman An Jingzhi took their phone card. When the police were trying to abduct Mr. Guo, all his neighbors stepped in to stop them and Mr. Guo escaped as well. Their two guests were so frightened that they left the house the next day.

When her family went to inquire about Ms. Guo Chunyan, police officer Fu Lijun shouted at them and threatened to lock them up. He grabbed Ms. Guo's younger sister and said he would detain her, ignoring the fact that she was pregnant. He gave up that attempt after many people intervened.

It was the busy Spring planting season, and Ms. Guo Chunyan was the main worker in her family. After she was arrested, no one looked after the big greenhouse or planted the corn. The villagers were very angry at the police for arresting her at such a critical time. When the Village Head questioned the police, Zhou Yan answered, "We need to meet the detainee quota." The Village Head said, "So, you fill the quota with innocent folks?" Zhou Yan realized later that he made a mistake, and came back to apologize to the Village Head, and begged him not to tell anyone. Many people, however, were present and heard what he said.

The second daughter Guo Chunyan was sentenced to one year of forced labor in Heizuizi Labor Camp in Changchun City. Her husband Wang Mingyu was also detained and had one thousand yuan extorted from him before being released.

The third daughter Guo Hongyan was sentenced to one year of forced labor and carried out her sentence in Heizuizi Labor Camp in Changchun City. Her husband divorced her, but then re-married her later.

The fourth daughter Guo Shuyan and her husband were both sentenced to forced labor. Their two-year-old child is living with her mother-in-law in a distant town.

Mr. Guo's Daughter-in-law Chen Xiuqin Was Severely Tortured and Is in Serious Condition

On September 12, 2004, Mr. Guo's daughter-in-law Chen Xiuqin was arrested by local policeman Li Deben and the police department's driver. The police searched her and took her house key away. Ms. Chen refused to cooperate with the illegal abduction and jumped out of the police vehicle. Unfortunately she was caught, choked, and almost passed out.

Ms. Chen were interrogated and tortured by policeman Li Xiaodong and policewoman Sun Shuping. Li Xiaodong punched her chest hard and said, "I'll fix you today!" Another tall policeman forced Ms. Cheng to hold her arms high and her feet apart, and then hit her arms and elbows with a thick notebook. He shouted "Can't be nice to you, Falun Gong practitioner!" Li Deben yanked her head back by her hair while the tall police beat her legs with a broomstick. Finally, the broomstick was broken. They then found a mop and beat her with the mop handle. The beating went on for a long time, until Ms. Chen's legs were swollen badly and totally numb. When the villains were too tired to continue, they would rest and smoke a cigarette, and then carry on with the beating. Finally Ms. Chen's arms were swollen and were too painful to move. When the tall police took a rest, the driver ran in and punched her shoulders and chest madly as if she were a punching bag.

When Chen Xiuqin refused to talk, the tall police and Li Deben started another round of physical abuse. One grabbed her arm and twisted her hand and wrist toward her armpit, while one twisted her other arm behind her back and lifted her body up until her toes were off the floor. The pain was so excruciating that she fainted. Ms. Chen sweated profusely and was released back down after several minutes. Her wrist was so swollen that it could not move at all.

After a while, the tall police saw her revive, but Ms. Chen still would not talk. He stomped on her right toes with both feet. Li Deben then stomped on her left toes. All her toes were too numb to move. Meanwhile policewoman Sun Shuping used Ms. Chen's house key to ransack her home. While in the office, Li Deben hit Ms. Chen's knuckles with a foot-and-a-half-long, one-inch-thick wooden stick. The pain was unbearable and the beating lasted until the evening. The police later sent Ms. Chen to the detention center. Chen Xiuqin collapsed on the bed with bruises all over her body, toes, legs, arms, and elbows.

Ms. Chen Xiuqiin had a fever after the severe torture. On the sixth day of her detention, the police sent her to the hospital. The doctors gave her injections and medicine. The detention center said she was fine and took her back, while they kept her under medication. Her temperature became so high that she had to open the window overnight and sit with her back against the cold wall or even wet her head in a pan of cold water. For the last few days of her detention, Ms. Chen was only semi-conscious due to the high fever, and could not get up from her bed at all. The guards realized that she was about to die, and sent her to the hospital again. She went into shock upon arrival. Police officers Fu Lijun and Han Jie notified her family to come pick her up quickly. Her family said, "She was fine before you arrested her. How come you beat her so severely? You have to send her to the hospital. We can't take her home now." But the police answered, "If you don't pick her up, we won't be responsible for her life." When her family rushed Ms. Chen to the hospital, the police paid the hospital five hundred yuan and quickly ran off.

Her family members saw that Ms. Chen was emaciated, disfigured, and unable to take care of herself. Her body was covered with bruises. Even now, her legs are still painful and numb and she cannot move her arms towards her back or lift heavy things.