Ms. Fu Guiqin is fifty-one years old. She is originally from Gai County, Liaoning Province. She lives in Unit 2, Building 54 of the No. 12 Insurance Company's residential area in Jinchang City, Gansu Province. She was an employee at the Jinchang Insurance Company in Gansu Province. After obtaining Dafa in 1997, she benefited both mentally and physically. On January 23, 2000, she invited fellow practitioners to share experiences at her home. As a result, she was detained by unlawful perpetrators from Jinchuan Division of Jinchang Public Security Bureau for fifteen days starting on January 24, 2000. On February 7, 2000, she was illegally charged with criminal offenses by Jinchuan Division. She was bailed out on March 7, 2000. On July 21, 2000, she was once again detained by Jinchuan Division. On August 24, 2000, she was sentenced to a labor camp for two years by the Jinchang City Management Committee on forced labor.

On June 9, 2004, Fu Guiqin distributed truth clarification materials around the Fifth Middle School, which is affiliated with Jinchuan Company. As a result, she was reported to the Longshou Public Security Division. The unlawful thugs confiscated eight copies of truth clarification materials and 41 copies of a Falun Dafa flyer. That afternoon, officials from the Longshou Public Security division broke into Fu Guiqin's house and confiscated 106 books, including Zhuan Falun, "True Words in Jinchang," and "World Famous Prophesies." They also took away truth clarification materials such as "Falun Dafa is the Righteous Fa," "Bring Jiang Zemin to Justice," and "Sentient Beings on Earth." In addition they stole one MP3 player, one mini tape recorder, 28 copies of Dafa VCDs, 3 photos of Teacher, and 6 Dafa banners.

On June 11, 2004, Fu Guiqin was illegally detained by the Jinchang Public Security Bureau's Longshou Division. On July 21, 2004, she was arrested by the Jinchang City Jinchuan procuratorate. Later she was detained at the Jinchuan Area Detention Center and was sentenced to five years in prison by the Jinchuan local court. At present she is imprisoned in Lanzhou Women's Prison. Her health condition is poor due to the torture she has endured. The prison offered to release Ms. Fu to her family on bail, but her family is poisoned by the government's lies and is not willing to pay.

The work units and personnel who are involved in the persecution: 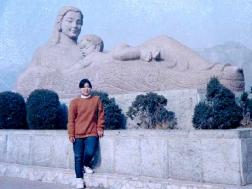 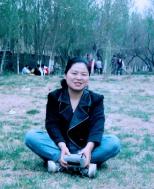 Ms. Wang Ailing is thirty-two years old. She is from Longjing Village, Ningyuanbao Town, Jinchuan Area, Jinchang City in Gansu Province. She obtained the Fa in 1998. After the persecution started on July 20, 1999, in January 2000 Wang Ailing went to appeal in Beijing. At Tiananmen Square she unfurled a banner reading, "The Fa Rectifies the Human World." Later she righteously walked out of the detention center under Teacher's protection. In February of 2000, she was arrested by police from the security office located at Jinchang City, Beijing Road. Later was she handcuffed by Liu Xingguo from the Ningyuanbao Security Office, and detained overnight. Later she was detained for 15 days at Jinchang City Rehabilitation Center. At that time the Jinchuan Area Party Committee used a system to assign tasks to officials. They ordered that, "one official must transform one Falun Gong practitioner." The secretary of the political and law committee, Cai Xuexiao, told Wang Ailing, "We will give you a job if you stop practicing Falun Gong." She denied the request.

During August of 2000, Wang Ailing and her sister Wang Shuhua (also a practitioner) worked in the city and rented an apartment at Xipo Second Team. There are three people in the Jinchang Security Bureau. One of them is named Jiang (who is now the warden in a rehabilitation center). He threatened, deceived and detained Wang Shuhua's husband, forcing him to reveal where Wang Shuhua was. As a result, the perpetrators found the girls' rented apartment and deceived them into opening the door. The two sisters were handcuffed together and taken to a security bureau building located at 86 Jianshe Road. The police interrogated the practitioners separately. Wang Shuhua was interrogated by Jiang and Liang Bo and Wang Ailing was interrogated by Xu Bin and Jia Jun. After detaining Wang Ailing for three days, the security bureau notified her father to bail her out. Before releasing her, Xu Bin and Jia Jun gave her their phone numbers and asked her to spy on practitioners. She needed to call and report to them if she found out about anyone distributing Dafa materials. Wang Ailing rejected their request. Wang Shuhua was detained for seven days, during which she was deprived of sleep for not cooperating with the interrogation. Seven days later, on August 24, she was sent to a detention center. She was not released until November 28.

On January 2, 2001, Liu Xingguo from the Ningyuan Security Office led several people to Ningyuanbao Town, Longjing Village. They once again deceived Wang Ailing into going to the security office. Liu Xingguo showed an arrest warrant and sent both sisters to the detention center. On January 7, Meng Jiaxian from the political and law office of Jinchuan Public Security Bureau, lied to the practitioners detained at Jinchang Detention Center by saying, "You are all released." Police then let them gather at the front entrance. They set up everything for a big gathering before hand. Cai Xuexiao and all directors from the various security offices were there. Four practitioners were sentenced to Pingantai Labor Camp. At that time the practitioners detained at Jinchang Detention Center and Jinchang Rehab Center included the following: Liu Guihua, Guo Qunying, Sun Ailing, Bai Sufang, Yang Chengmei, Li Guiying, Wang Shukun, Hao Jun, Wang Shuhua, Wang Ailing, Lei Zhanxiang, He Binying, Zhao Fenglian and Hou Youxiang. According to the practitioners detained at area #6, when they were arrested by the Binhe Road Security Office they were told that the form required to send them to a labor camp had already been filled out and that is why they were arrested.

Wang Ailing was forced to leave home to avoid further persecution because officials from Longshou Division, Jinchuan Division, the security bureau and the security office constantly went to her home to harass her. On December 7, 2003, she was arrested by the Lanzhou Security Bureau. In March 2005, she was illegally sentenced to eight years in prison by the Lanzhou Qilihe Court. Fearing that the list of perpetrators would be exposed, the court did not issue the verdict.

3. Ma Zhigang is subjected to hanging and electric shocks in Lanzhou Prison

Mr. Ma Zhigang was born in March 1975. He worked in Jinchuan Company Oil Refinery. He obtained the Fa in August or September of 1998. Since the persecution of Dafa started on July 20, 1999, his father had once beaten him up after being deceived by the propaganda. On New Year's Day 2000, Ma Zhigang and his brother went to appeal in Beijing. They were arrested at the West Rail Station in Beijing by agents from the public security bureau. The security office sent two people from Lanzhou to Beijing to take Ma Zhigang back. They forced him to pay the airfare and other travel expenses totaling several thousand yuan. Upon returning to Jinchang, Ma Zhigang was illegally detained for fifteen days at the Jinchang City Rehab Center. During this period of time other practitioners were arrested and detained.

Upon release from the rehab center, Ma Zhigang was immediately sent to the security office of the refinery and was subjected to forced "transformation." He was forced to promise not to practice Falun Gong. He was not allowed to go home. His brother was taken to another security office to be monitored 24 hours a day. Several dozen practitioners from Jinchuan Company were gathered there. They were forced to attend the brainwashing class, which lasted until New Year's Eve.

In August 2000, Ma Zhigang was notified to go to the security office to pick up his salary. Upon entering the security office, he was immediately arrested by people from Longshou Division. He was detained at Jinchuan Company's Quit Smoking Center for nearly two months. He was finally released after going on a hunger strike.

On March 8, 2002, Ma Zhigang was working at the factory when he was taken to the political and security office of Longshou Division. No longer able to bear the cruel torture, he jumped from the building, resulting in severe injuries to his right foot. He was sentenced to two-and-a-half years in a labor camp anyways. However, the labor camp refused to admit him because he was severely wounded and he had a heart problem. He was detained at Jinchang Rehab Center instead. To protest his detention, Ma Zhigang went on a hunger strike and was force-fed. When the force-feeding did not go as the perpetrators planned, they ordered a criminal to strike Mr. Ma's mouth with wooden sticks until wounds appeared. Ma Zhigang told the criminal, "you need to take legal responsibility for this." The vicious thug then handcuffed his hands and feet to a window. The director incited criminals to beat him up for several days straight, causing him incontinence. In December, the Public Security Bureau notified his family to bail him out. By then he was tortured to an extremely emaciated state.

In 2003, Ma Zhigang made some Dafa truth materials and was secretly followed by Jinchang National Security Bureau. He was arrested on April 22, 2003. He was severely tortured and hung up for nearly one week without sleep. On the eve of Chinese New Year 2004, Ma Zhigang was sentenced to 13 years in prison. There were three other practitioners who were also sentenced at that time. He was transferred from Jinchang City Detention Center to Lanzhou Prison.

At Lanzhou Prison, Ma Zhigang was beaten up. Only his parents and not other family members were allowed to visit him. In October of 2004, he was transferred to the No. 4 team of Wuwei Prison. Ma Zhigang's father actively cooperated with the evil and requested escalated torture to force him to give up his belief. Sometimes he was hung up for one week straight. In October alone he was hung up for two weeks in total. Every day after being electric shocked he was handcuffed to a knitting machine for seven to eight hours. Fearing that others would see the wounds, the unlawful thugs isolated him from other inmates.

The labor camp has teams for seniors and for handicapped criminals (less of a workload was demanded from them). However, senior practitioners were never assigned to the seniors' team. They were forced to take the same workload as young people.