Falun Dafa practitioners are peacefully resisting government sponsored persecution in China in order to stay true to their faith. Electromagnetic shock is one of the many forms of torture they are subjected to in detention centers, labor camps, and brainwashing centers. 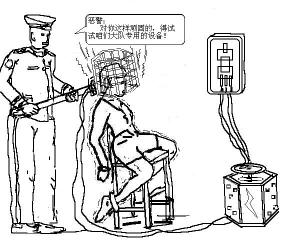 The device includes an electric needle, like an electric baton, connected to either large or small needles, which can cause convulsions of all the muscles in the body. Ms. Zhao Ru in Jilin City, Jilin Province was tortured with this device. She collapsed instantly, and had to be carried off.

Practitioners in China are peacefully resisting violent coercive methods used by the government in order stay true to their beliefs. Exposure to the baking sun is one of the tortures to which they are subjected in detention centers, labor camps, and brainwashing centers. 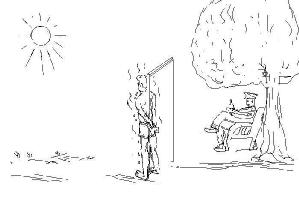 During some of the brainwashing classes, police lock practitioners inside a poorly ventilated, stifling cell, and then turn on the heat to torture them.

18 - Dragging Behind a Vehicle

Falun Dafa practitioners peacefully resist these torture methods, staying steadfast to their beliefs. Being dragged behind a vehicle is one of the tortures to which they are subjected in detention centers, labor camps, or brainwashing centers. 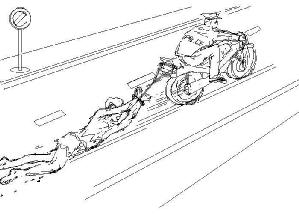