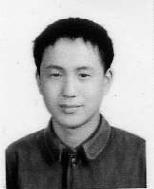 (Clearwisdom.net) Mr. Ma Xinxing was a 40-year-old Dafa practitioner from Shanghai. After the persecution of Falun Gong started on July 20, 1999, he went to Beijing many times to appeal for Falun Gong and clarify the truth, and he was arrested many times. He was once put in a mental hospital and tortured for three months. In November 2003, he was in grave danger due to the torture he received at the Qingpu Labor Camp in Shanghai. Not wanting to take the responsibility should he die, the camp released him. In December 2003, when fellow practitioners went to visit him, he was just skin and bones. Moreover, he was bedridden and could not eat or drink anything. He would throw up whatever he took in. His family members told the practitioners that he could no longer recognize people. When practitioners mentioned the experience of clarifying the truth together with him, he only had a blank look. However, when the practitioners mentioned "Truthfulness-Compassion-Forbearance," his eyes brightened, and there was a little smile on his face. Then tears welled up in his eyes. On December 14th, 2003, he passed away.