A conversation with an official indicates a disregard for China's Constitution and for the rights of ordinary citizens.

Ms. Lin Lisha, 51, dies a few days after leaving Yangmahe Women's Prison in Jianyang City at the end of June 2009. Her condition upon release was emaciated.

In June 2009, a judge obstructed a lawyer's attempts to communicate with his imprisoned client.

On April 16, 2009, Falun Gong practitioners Mr. Li Hui and his wife Wang Hua from Yihe Village, Taojiatun Town, Gongzhuling City, Jilin Province were arrested by officers from the Taojiatun Police Station and the Domestic Security Team of the Gongzhuling City Police Department. Police Li Hui and Yao Xiaohua tortured them into making a "confession," and then transferred them to the Gongzhuling Court. However the court officer Yue Lin returned the case to the police department due to insufficient evidence. One week later on June 16, the police still had not released the couple and plotted to fabricate evidence to further persecute them.

On June 13, the children of Li Hui and Wang Hua went to the Taojiatun Police Station to request their parents' release. They were cursed at and threatened by the policemen there. The police even found a local legal consultant named Shi to videotape them to use as "evidence" that the couple's children were "interfering with the government." During the process, the police director said shamelessly that they did not protect the public; instead they only protect the Chinese Communist Party (CCP).

The following is the how the conversation went between the couple's children and the director of the police department:

One of the children asked: "You illegally arrest good people. If you did not arrest my parents, I would not be here, so how can you call our being here interfering [with you]?!" The police head Chang Xuchun said, "I don't care if they are good people or not, I just follow the orders of my superior."

Children: "Don't you protect the interest of the public?"

Director Chang: "I don't care about the interest of the public, and I only protect the CCP."

Children: "Will you execute the Constitution?"

Children: "Can you show us what criminal law forbids people from practicing Falun Gong?"

Director Chang said: "You find it yourself." "I have the authority to arrest people, but I have no authority to release them. I don't know anything about the Constitution."

On June 17, the children again went to Taojiatun Police Station to find Li Hui and Yao Xiaohua who were in charge of the case and said, "The court rejected the case, please stop fabricating evidence." Director Chang heard this and shouted, "The court is nothing! I will make up the evidence. Can you do anything about this? You can sue me if you want."

Then the deputy director Li Hui ordered several police officers to push the couple's daughter from the bench to the floor, dragging her by the arms and legs. Li shouted to some farmers who had come in to apply for an identification card: "The office is closed now; they are interfering with the office. As long as they come here, the office will close." Afterwards he pointed to the residence registration officer and ordered him to stop working. Everyone saw this, so how could he fabricate the story against the children about interfering with the office?

The children said, "Our parents are innocent, yet you arrested them, so why should we not ask you for justice?"

Police Li Hui said, "You can do nothing about it even if they are innocent. If you were my superior, I would release them. You have no authority, so I can't release them!"

Li Hui called the police department for advice about how to handle the couple's children and received the message: "You may ask them if they practice Falun Gong, and if so, we will have an excuse to arrest them." Li Hui said that maybe one of them practiced Falun Gong.

Then the police found the wife of office staff attorney nicknamed "Xiaoshizi", and had her hide in the office of the deputy director, making a video recording through the door. Police Li Hui asked them loudly: "Do you practice Falun Gong?" To make sure it was recorded, he emphasized the words "Falun Gong." He repeatedly asked, but the sister and brother did not fall into the trap. They just sat in the corridor. Thus Li Hui's trick failed.

The sister and brother went to many departments and related officials, seeking justice for their parents. Yao Xiaohua's wife disclosed the following to them: "To tell you the truth, two months prior to your parents being arrested, Wang De (captain of the Domestic Security Team of Gongzhuling Police Department) often came to the police station and discussed ways to arrest your parents. You should ask Wang De for your parents' release!"

Ms. Lin Lisha, 51, lived near Xiangxiang Street in Leshan City, Sichuan Province. On January 22, 2001, the police persecuted Ms. Lin and 50 other fellow practitioners by tying them up, hanging a board on their necks, sentencing each of them from one to three years of forced labor, and broadcasting this whole process on TV for several days.

In March 2004, officers from the Zhong District 610 Office arrested Ms. Lin. She went on a hunger strike for more than one month to protest the illegal detention. When her life was in danger, her family posted bail for her release.

In the middle of October 2005, Ms. Lin was arrested again while clarifying the truth at the Zhong District Court. The police had her sentenced to five years in prison and detained her in the Yangmahe Women's Prison in Jianyang City. By the end of June 2009, Ms. Lin had been abused so much that she was thin to the point of deformity. The Prison Administration returned her to her family to avoid taking responsibility for her condition, but she died only a few days after being released. 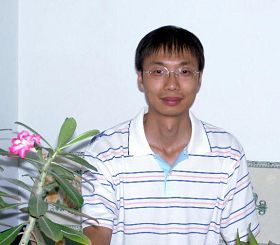 Harbin City practitioner Mr. Li Zhigang was with friends in his home on February 28, 2009 when the 610 Office head Li Shuxin, accompanied by police from Nangang District Domestic Security Team and Xinglu Police Station, broke open the front door and arrested him. Nangang District Court scheduled a trial for Mr. Li at 9:00 a.m. on June 22, 2009.

Mr. Li's mother asked Beijing lawyer Mr. Jiang Tianyong to provide a not-guilty defense. However, to date the CCP still has not allowed Mr. Jiang to pass the 2009 lawyer license exams. This forced Mr. Li's mother to find another lawyer, Mr. Li Changming, also from Beijing, to defend her son.

At 8:30 a.m. on June 19, 2009, Mr. Li Changming went to Nangang District Court and talked to Song Chengzhang, the judge responsible for this case. The lawyer requested copies of the case records, but Song did not allow the lawyer to make photocopies, and only allowed the lawyer to review them on site. After Mr. Li delivered the document granting his authority to represent Li Zhigang, Song changed his mind saying that this situation required a briefing with the presiding judge. When Song returned, he said that Mr. Li Zhigang must sign the document before the lawyer can be changed.

On June 19, 2009 around 10:30 a.m., Lawyer Li Changming along with another lawyer went to Nangang District Detention Center to visit the detained Mr. Li Zhigang. After all the paperwork was complete, a person claiming to be the director of the detention center came out and said that the Domestic Security Team denied the visit.

Mr. Li Changming rushed to Nangang Domestic Security Team to resolve the issue, but they said that the case had already been passed to the court, and it was no longer in their jurisdiction. They claimed that they did not have the authority to deny the visit.

It was already noon when the two lawyers returned to the detention center. Since that day happened to be a Friday, and the coming Monday was the date of the trial, Mr. Li Changming was very worried, so he waited nearby. At 1:30 p.m., the two lawyers headed to the detention center again. The person claiming to be the director appeared again and reiterated that the Domestic Security Team denied the visit.

Mr. Li Changming immediately called the Domestic Security Team captain, Wang Liguo, with the person claiming to be the director right beside him. The response he received was that the Domestic Security Team had not denied the visit. At this time, the so-called director was forced to speak the truth. The judge denied the visit, and the detention center couldn't help the lawyers, so the lawyers needed to go find the judge.

Mr. Li Changming called Song Chengzhang again. Song said, "We are in a meeting," and hung up and didn't answer the phone again. Lawyer Li never got the chance to see Mr. Li Zhigang.

The trial is set for June 22, 2009. The director of Nangang District Detention Center and judge Song Chengzhang denied the lawyers' right to speak with the accused and review the case records. This is a blatant disregard for the law by those who should be enforcing the law.