In January 2008, seven more Falun Gong practitioners in China were verified to have died as a result of persecution and torture.  In the name of preparing for the Olympics, the Communist regime has intensified the persecution.


Falun Gong practitioner Ms. Liu Mei, from Jinzhou City, was arrested on October 4, 2007 for distributing truth-clarification materials and was illegally sentenced to one year of forced labor. She is imprisoned at Masanjia Labor Camp in Shenyang City. The warden has prohibited her family from visiting her because she refuses to renounce Falun Gong.

In January 2008, seven more Falun Gong practitioners in China were verified to have died as a result of persecution and torture. Six of them were women, three over the age of 50, and three died in January. Since July 20, 1999, when the Chinese Communist Party (CCP) began to persecute Falun Gong, at least 3,127 practitioners have died as a result of the persecution. Information about these persecution deaths came to light in spite of the media blockade in China and has been verified through unofficial channels.

Today, in the name of preparing for the Olympics, which is supposed to promote world peace and human rights, the Communist regime has instead intensified the persecution. On January 24, in Beijing's Chaoyang District, Chongwen District, Shunyi District, and other areas, police again forced their way into Falun Gong practitioners' workplaces or homes to arrest them and seize their possessions. On January 25, the police flooded the streets of Beijing, stopping vehicles and checking identification cards to try to find practitioners.

In March 2007, former Public Security Minister and current CCP Secretary of the Political and Judicial Committee Zhou Yongkang initiated a new round of persecution against Falun Gong. As a result, Falun Gong practitioners were arrested in droves, and the persecution of practitioners illegally detained in prisons, forced labor camps, and brainwashing centers was escalated. More practitioners have gone missing, been seriously injured, or even killed.Out of the seven newly verified death cases, two took place in Heilongjiang Province, two in Tianjin City, and one each in Hunan Province, Jiangxi Province, and Liaoning Province.

It was revealed that the Dehui City Police had secretly monitored and followed the practitioners for a long period of time before they carried out the arrest. On the evening of February 27, the police gathered in several groups, with every group containing 30 to 40 police officers. They ransacked the practitioners' homes, stole their personal property, and recorded them with video cameras while they were arresting them. Police from many districts participated in this criminal activity.

Falun Gong practitioner Ms. Liu Mei, from Jinzhou City, was reported to the police while distributing truth-clarification materials and was illegally sentenced to one year of forced labor. Ms. Liu Mei is imprisoned at the Masanjia Labor Camp in Shenyang City. She is suffering from a relapse of old diseases and convulsions caused by the torture she has suffered. The warden has prohibited her family from visiting her because she refuses to renounce Falun Gong. 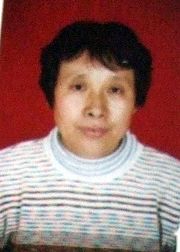 Ms. Liu Mei, 58, is a retired worker from Jincheng Paper Mill. Prior to practicing Falun Gong she contracted tricuspid stenosis, and also suffered dizziness, hypertension, and convulsions. Due to her ailments, she was not able to do housework. In 1995 Ms. Liu started to practice Falun Gong and experienced an improvement in her health. Gradually she could do her housework independently. She is known by everyone at the Jincheng factory district as a good person.

On the evening of October 3, 2007, Ms. Liu Mei was distributing truth-clarification materials to people. She was spotted by Song Lifang (female, Chinese Communist Party Secretary of the Tiexin Street Administration Office in Jincheng District). Song followed Ms. Liu Mei all the way to her home and reported her to the authorities. On the morning of October 4, 2007, police officers Yang Xiaochun (male), Li Donghong (female), and Zhang Chunlin (male), from the Jincheng Police Department went to Ms. Liu's home, arrested her and ransacked her home. After they took Ms. Liu to the police department, they again forced their way into her home and illegally confiscated her family's property. They took all the Falun Gong books, truth-clarification materials, tape recorder, MP3 player, and a flashlight and left the home in shambles. That same day, policeman Wang Jinfeng from the Jincheng Police Department went to the home of Ms. Liu Mei's 80-year-old mother to harass her, asking her if she practiced Falun Gong.