Mr. Liu Qingying was sentenced to five years in prison because of practicing Falun Gong. His wife is not allowed to visit him due to she is also a Falun Gong practitioner. Prison guards also forbid lawyers to meet with him, using the pretext of "an order from higher levels."

Falun Gong practitioner Zhou Ning was sentenced to five years of imprisonment. On November 12, 2008, he was locked up in the Western Ward of Taian Prison in Shandong Province. 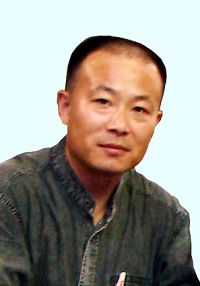 After Zhou Ning's family members received notification in late November, they went to meet with him at Taian Prison on the 26th, but the prison guards allowed only his father to see him. A guard surnamed Gao, in charge of supervising Mr. Zhou, explained that they already knew the entire situation of Mr. Zhou's family, and knew that Mr. Zhou's wife was also a Falun Gong practitioner. Therefore they prohibited her from meeting with him, and asked her what her attitude towards Falun Gong was at that time. She asked them in reply, "What does my attitude towards Falun Gong have to do with whether or not I can see my husband?"

The guard replied, "Of course it's relevant. Zhou Ning's thinking is still quite stubborn. If you haven't changed your attitude towards Falun Gong, if you meet with him it will make it harder to 'transform' him. In any case, the higher authorities have a regulation that they will only allow family members who aren't Falun Gong practitioners to meet with inmates."

When Mr. Zhou's father met with him, the meeting was recorded, and behind Mr. Zhou stood two criminals.

On December 9, 2008, Mr. Zhou's wife employed the services of lawyers Li Subin and Mo Hongluo to go to Tai'an Prison and meet with Zhou Ning. They wanted to find out whether he was willing to appeal, along with some details about when and where Zhou Ning was arrested and who it was that arrested him. However, Taian Prison Warden Li, along with a guard Gao spared no effort in obstructing them. They refused to allow the two lawyers to meet with Zhou, and even used the afternoon rest period to have Zhou write a statement saying that he didn't want to appeal. Although the letter was made in his handwriting, it had a lot of incorrect words, and even the date and day of the week were wrong. It wasn't clear whether Zhou had really written it with a clear mind and out of his own volition.

Lawyer Li provided the related legal passages, which stated that when a prisoner is detained, he has the right to meet with his lawyer. However, guard Gao and Warden Li didn't even look at it, and simply said, "This is an order from higher levels. When it comes to fixing Falun Gong practitioners, the higher authorities have specific orders which we follow closely. If you want to meet with Zhou Ning, you need to get permission from the related departments, and only then can you meet with him."

Lawyer Li asked them to produce the related statements or legal passages from those authorities, but Warden Li said that there are no written statements to that effect. Every time an order is made regarding Falun Gong, it is passed on only orally.

Zhou Ning's mother usually has a caring and friendly personality, but since Zhou Ning was locked up and persecuted, she is frequently seen in tears each day. Day and night she worries for her son's well-being. Mr. Zhou's parents are using their retirement money to look after Zhou Ning's oldest son. Mr. Zhou's wife doesn't have a home to return to, and she still has to look after her younger son.